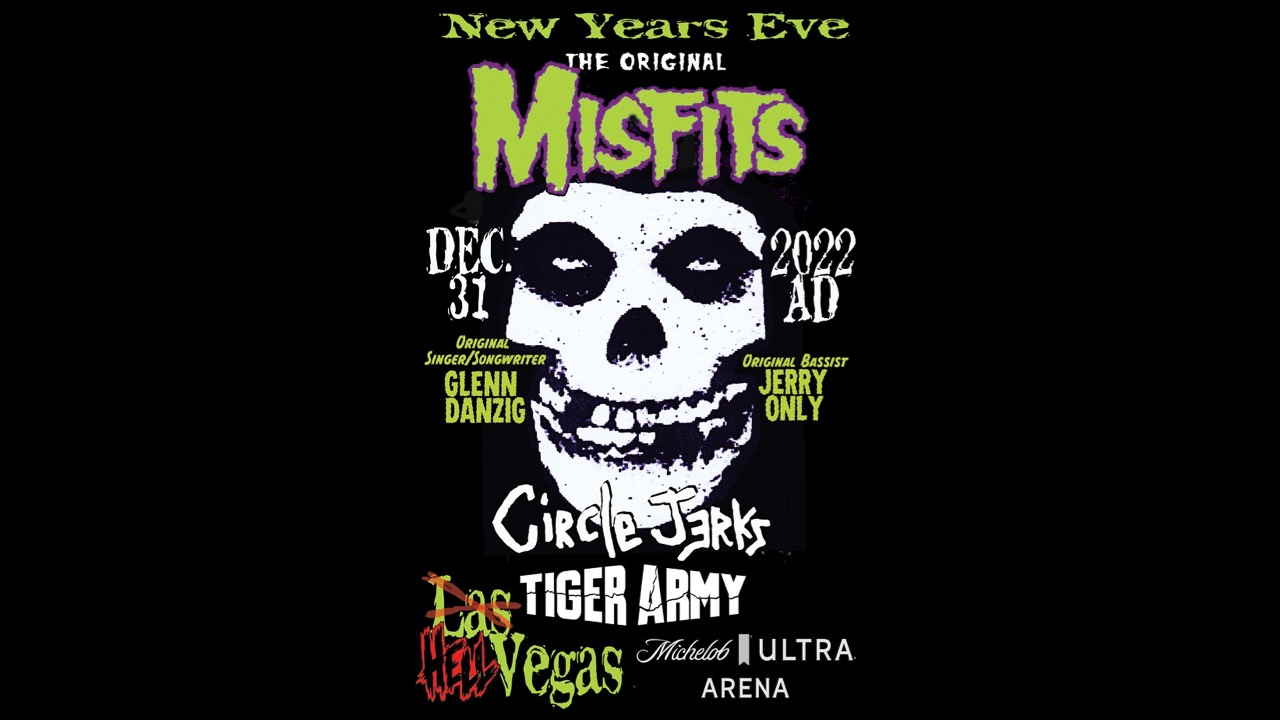 The Original Misfits have announced that they have been forced to cancel their New Year's Eve performance at Michelob Ultra Arena in Las Vegas, Nevada due to "an unexpected personal matter".

They wrote, "It is with regret, that due to an unexpected personal matter, the Misfits are unable to perform our show in Las Vegas on Dec 31st. We look forward to hopefully seeing you at a show in 2023. Refunds will be available at point of purchase."