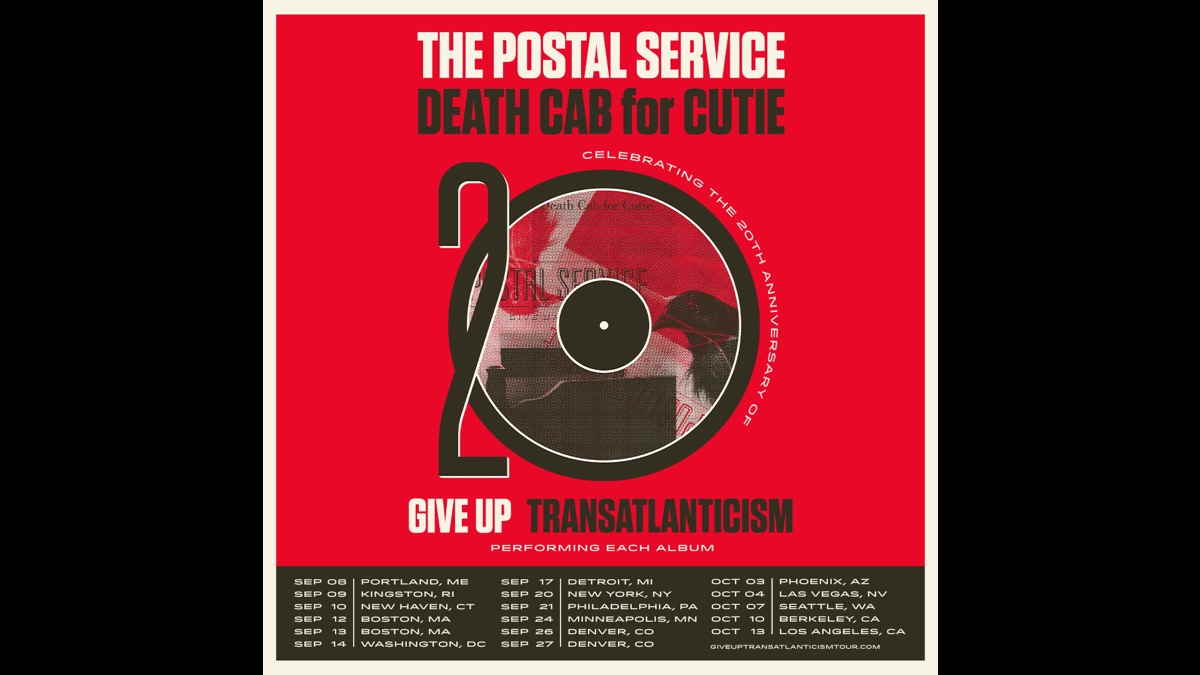 The Postal Service and Death Cab for Cutie have announced plans to hit the road next fall for a landmark 20th anniversary co-headline North American tour.

The live run will see both groups performing their 2003 albums in full - The Postal Service's RIAA Platinum-certified Give Up and Death Cab for Cutie's RIAA Gold-certified breakthrough fourth studio LP Transatlanticism - two classics released within a mere eight months of one another that year.

Benjamin Gibbard, the co-founder of both bands, will pull double duty throughout the tour, performing with The Postal Service - comprised of Gibbard, Jimmy Tamborello, and Jenny Lewis - as well as with Death Cab for Cutie (alongside Nick Harmer, Dave Depper, Zac Rae, and Jason McGerr).

"I know for a fact I will never have a year again like 2003. The Postal Service record came out, Transatlanticism came out. These two records will be on my tombstone, and I'm totally fine with that. I've never had a more creatively inspired year." - Gibbard

The trek will kick off September 8, 2023 at Cross Insurance Arena in Portland, ME and continue through mid-October, with highlights including shows at New York City's famed Madison Square Garden, Berkeley, CA's Greek Theatre, and Los Angeles, CA's Hollywood Bowl.