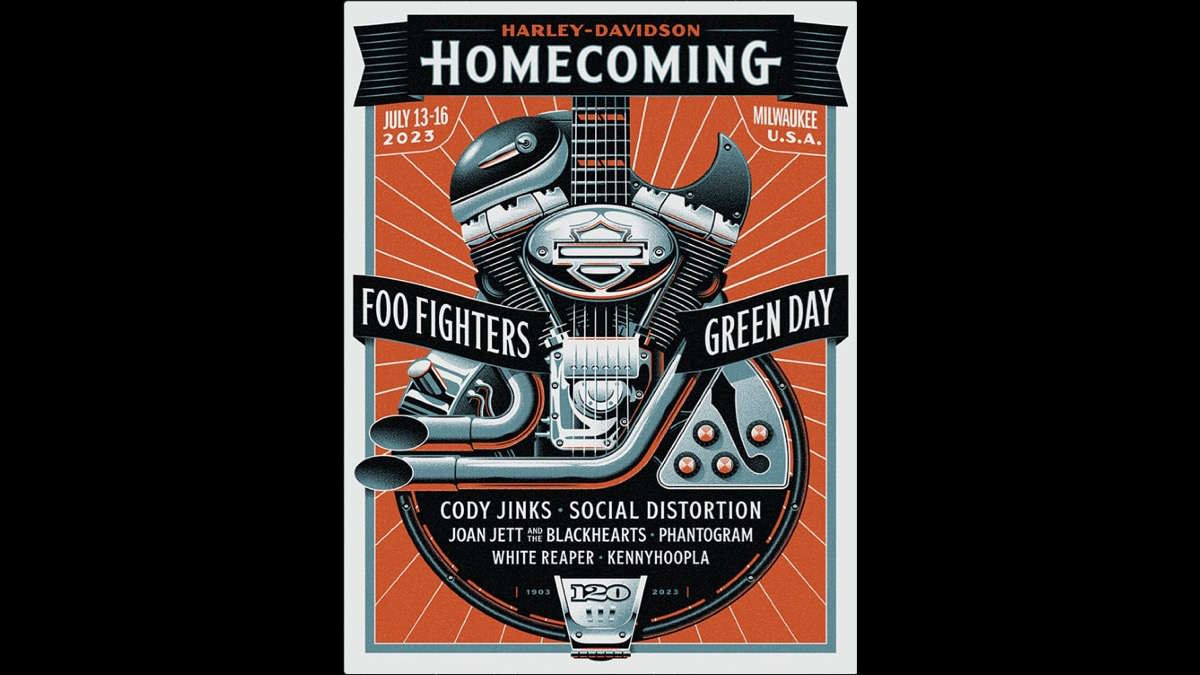 The Foo Fighters and Green Day have been announced as the headliners for the Harley-Davidson Homecoming Festival, which will take place on July 13th through 16th at various locations in Milwaukee.

Both headline performances celebrating the legendary motorcycle manufacture's 120th anniversary will be taking place at Veterans Park, with Green Day performing July 14th and the Foo Fighters playing the next night.

The July 14th show will also feature performances from Social Distortion, Phantogram and Kennyhoopla. The July 15th concert will include sets from Cody Jinks, Joan Jett & The Blackhearts and White Reaper.

Jochen Zeitz, chairman, president and CEO of Harley-Davidson, had this to say, "We are very excited to announce the Foo Fighters and Green Day as headliners at our Veterans Park festival location.

"We can't wait to host riders from all over the world in Milwaukee, as we come together as one Harley-Davidson family and welcome everyone to join us.

"With music at the heart of our festival, I can't think of two more iconic American rock icons to join our community in celebrating 120 years of Harley-Davidson." Find more details about the festival here.