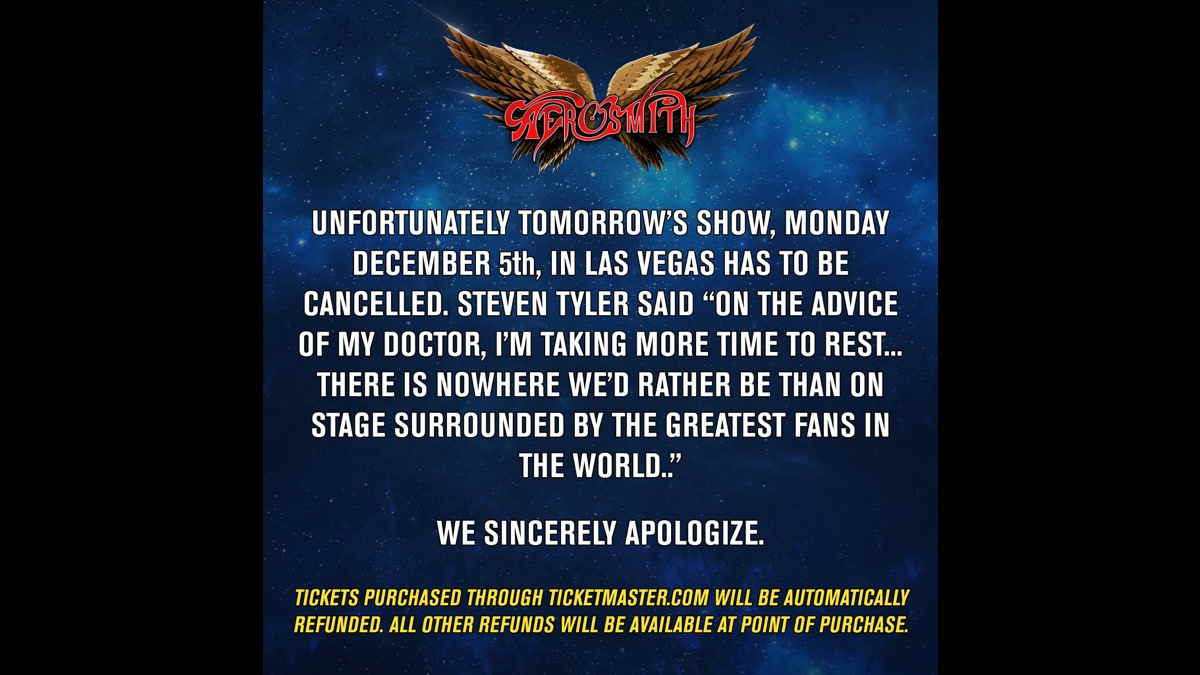 Aerosmith have been forced to cancel a second date of their Deuces Are Wild Las Vegas residency because frontman Steven Tyler is battling an undisclosed illness.

The group originally called of their performance last Friday (Dec. 2nd) at The Dolby Live at Park MGM in Las Vegas, NV, and they have now canceled tonight's show as well (Monday, Dec. 5th), under doctor's orders.

They shared via social media on Sunday night, "Unfortunately tomorrow's show, Monday December 5th, in Las Vegas has to be cancelled... We sincerely apologize."

Tyler said in the statement, 'On the advice of my doctor, I'm taking more time to rest... There is nowhere we'd rather be than on stage surrounded by the greatest fans in the world.."