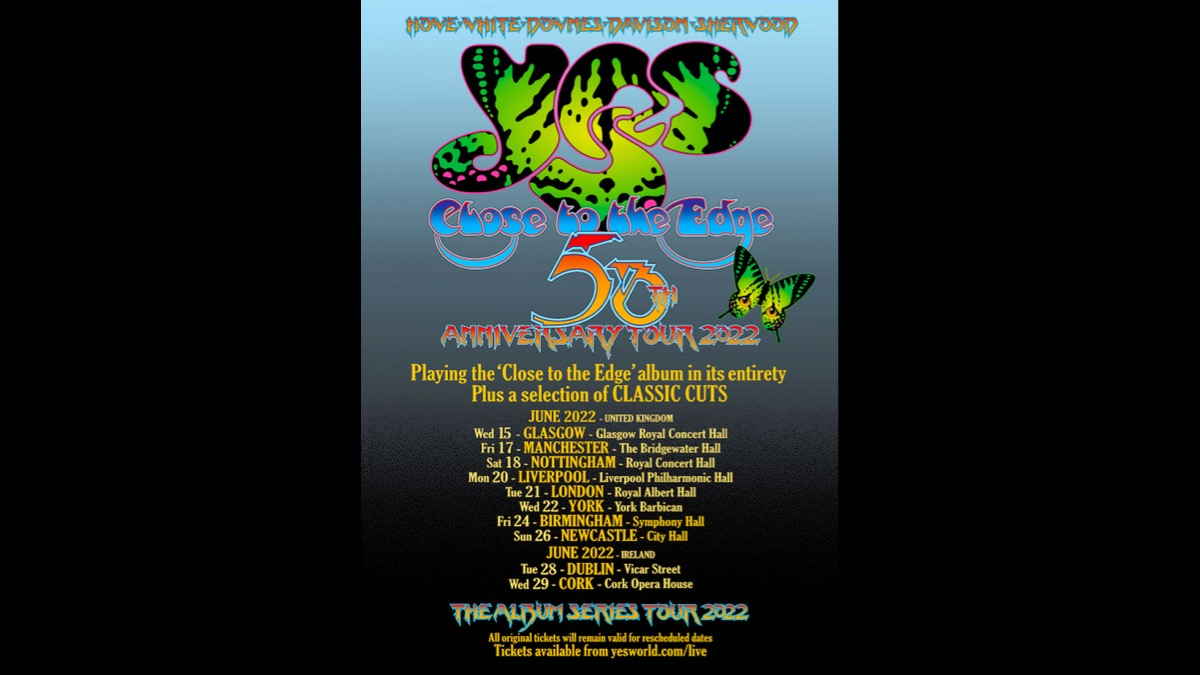 (The Publicity Connection) Prog rock legends Yes have announced that Alan White will be sitting out the band's 50th Anniversary Close to the Edge UK Tour due to current health issues.

The Publicity Connection sent over the following details: Alan was really looking forward to playing live again preparing to celebrate 50 years with Yes, having joined the band for the July 1972 Close to the Edge Tour, coming full circle in 2022. Alan's close friend Jay Schellen will be taking on drumming duties in Alan's place.

The Album Series Tour 2022 which will celebrate the 50th anniversary of YES' iconic album Close to the Edge and will feature the album, performed in full, along with other classic tracks from YES' extensive catalogue.

The show will comprise full production and a high-definition video wall directed by Roger Dean who will also be joining the tour with an exhibition of YES related art.

A full performance of the Relayer album will now be featured in a future UK tour in The Album Series. European dates were recently announced for rescheduled dates in 2023.