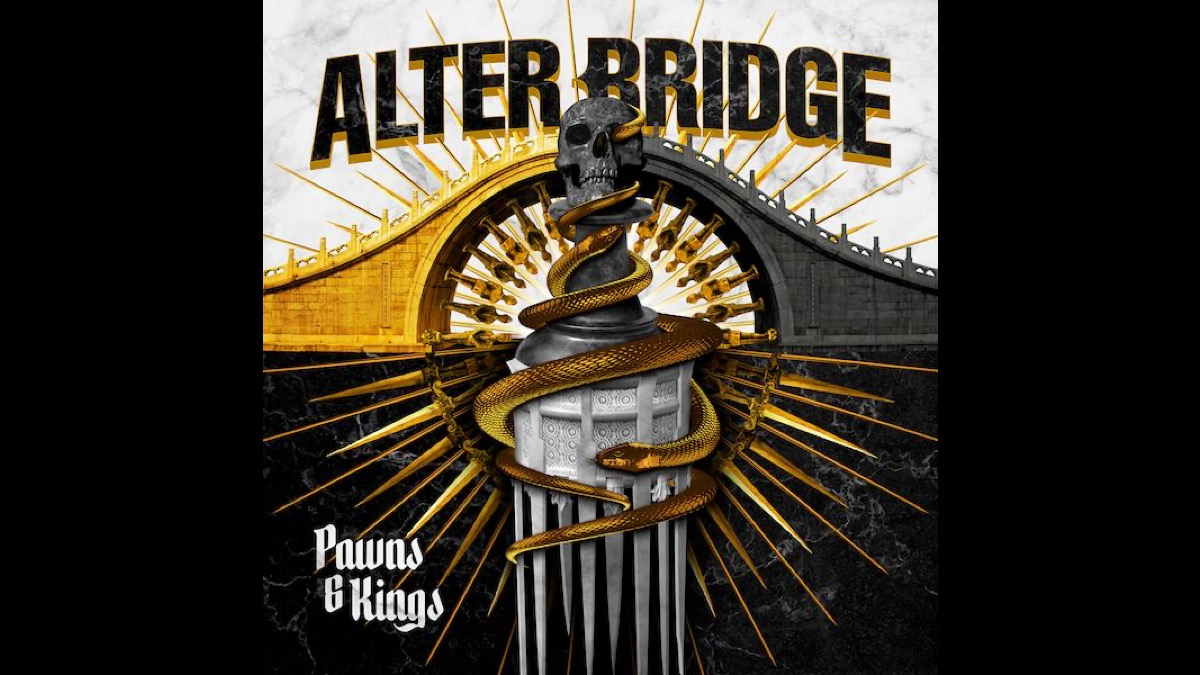 (hennemusic) Alter Bridge have premiered an animated music video for their new single "Silver Tongue", as the latest preview to their forthcoming album, "Pawns & Kings."

Animated and directed by Ollie Jones, the clip for song follows the recent release of the title track to the Florida band's seventh studio record, which was produced by longtime associate Michael Baskette and will be issued on October 14.

Alter Bridge will launch "Pawns & Kings" on a fall 2022 European tour that opens in Hamburg, Germany on November 1, the series will see the group joined by Halestorm and Mammoth WVH.

"Pawns & Kings" marks the follow-up to Alter Bridge's 2019 album, "Walk The Sky", which was a Top 20 record in almost a dozen countries including the US, where it reached No. 16 on the Billboard 200.