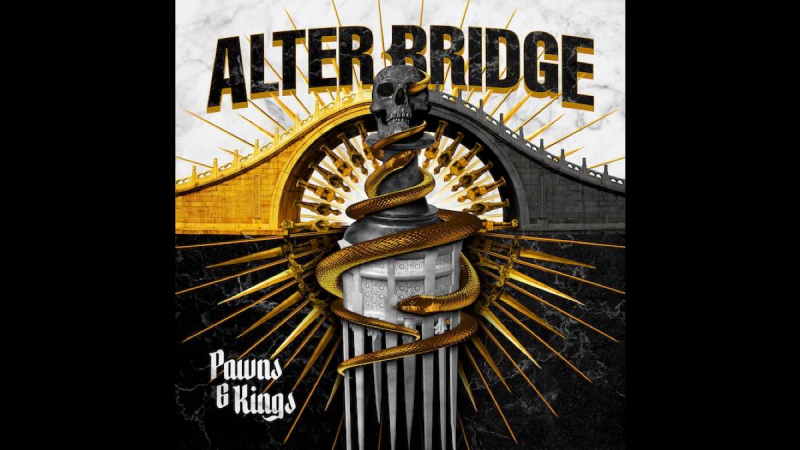 (hennemusic) Alter Bridge are streaming a lyric video for the title track to their forthcoming album, "Pawns & Kings." Due October 14, the band's seventh studio record was produced by longtime associate Michael Baskette.

From the opening riffs of "This Is War" to the title track album closer, Alter Bridge returns with a group of intense songs that were born after the cycle for their last album was cut short by the global pandemic.

Tracks like "Dead Among The Living," "Silver Tongue" and "Holiday" showcase the signature songwriting the band is known for, while the album offers numerous epic adventures, with three songs clocking in over six minutes each, while guitarist Mark Tremonti steps out of his backing vocal role to take the lead on the ballad, "Stay."

The Florida band will launch "Pawns & Kings" on a fall 2022 European tour that will open in Hamburg, Germany on November 1, the series will see Alter Bridge joined by Halestorm and Mammoth WVH.