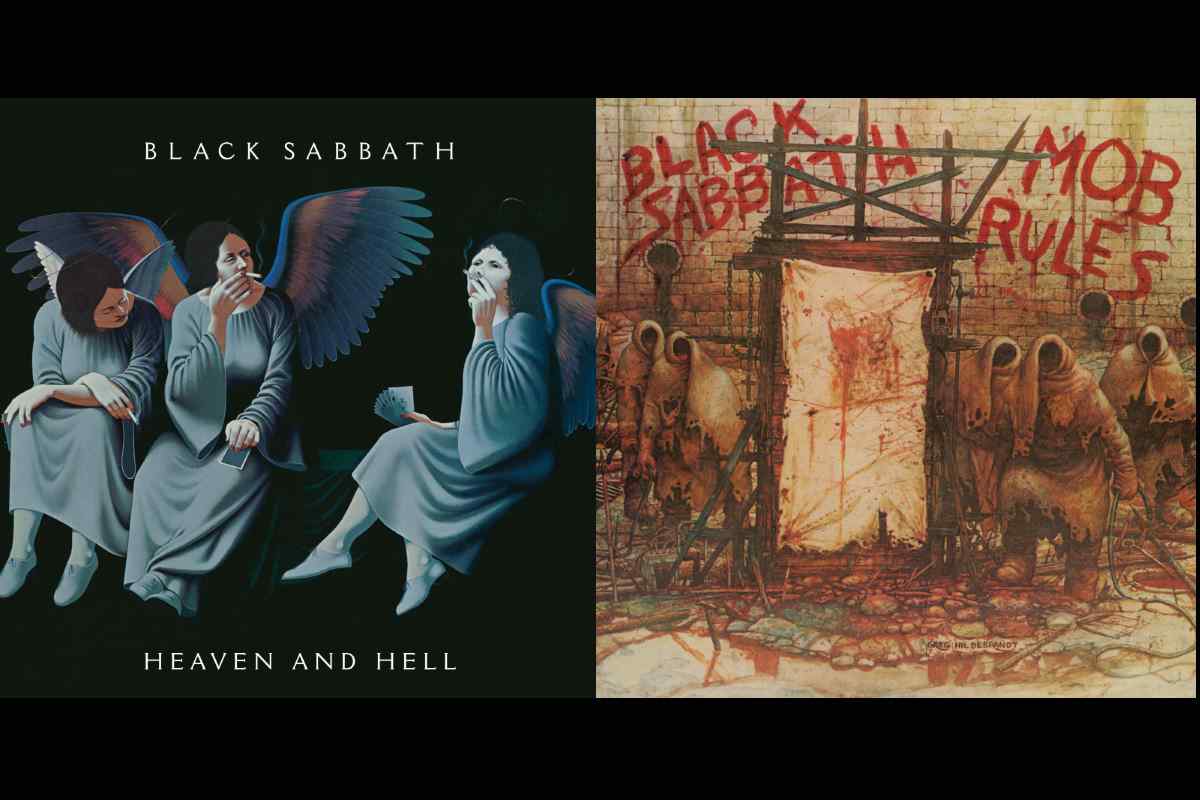 (hennemusic) Black Sabbath will release reissues of 1980's "Heaven And Hell" and 1981's "Mob Rules" albums next month. The iconic band's first two records with Ronnie James Dio - which were remastered and expanded with rare and unreleased music for a North American release in 2021 - will now be made available in Europe.

Following the 1979 firing of Ozzy Osbourne, Black Sabbath brought in Dio as a creative partner, frontman and vocalist for "Heaven And Hell", which saw a renewed return to form for the group with songs like "Neon Knights", "Die Young" and the epic title track; it went on to reach the US Top 30 and become the group's first UK Top 10 set in 5 years.

Due November 4, "Heaven And Hell: Deluxe Edition" includes a remastered version of the original studio album and adds several bonus tracks that have never been released in North America, including versions of "Children Of The Sea" and "Die Young" recorded live in 1980 in Hartford, CT. The set concludes with live rarities like "E5150" and "Neon Knights" that originally appeared in 2007 on the Rhino Handmade's limited edition collection, "Black Sabbath: Live At Hammersmith Odeon."

Originally issues in 1981, "Mob Rules" featured drummer Vinny Appice, who replaced Bill Ward after he quit during the Heaven And Hell tour. The project - which delivered fan favorites like "The Sign Of The Southern Cross," "Turn Up The Night" and the title track - virtually replicated the chart success of the previous release.

Due November 18, "Mob Rules: Deluxe Edition" includes an expansive selection of rare and unreleased recordings. Along with additional tracks from "Live At Hammersmith Odeon", the collection also includes a newly mixed version of "The Mob Rules", and an entire concert recorded in 1982 in Portland, OR.