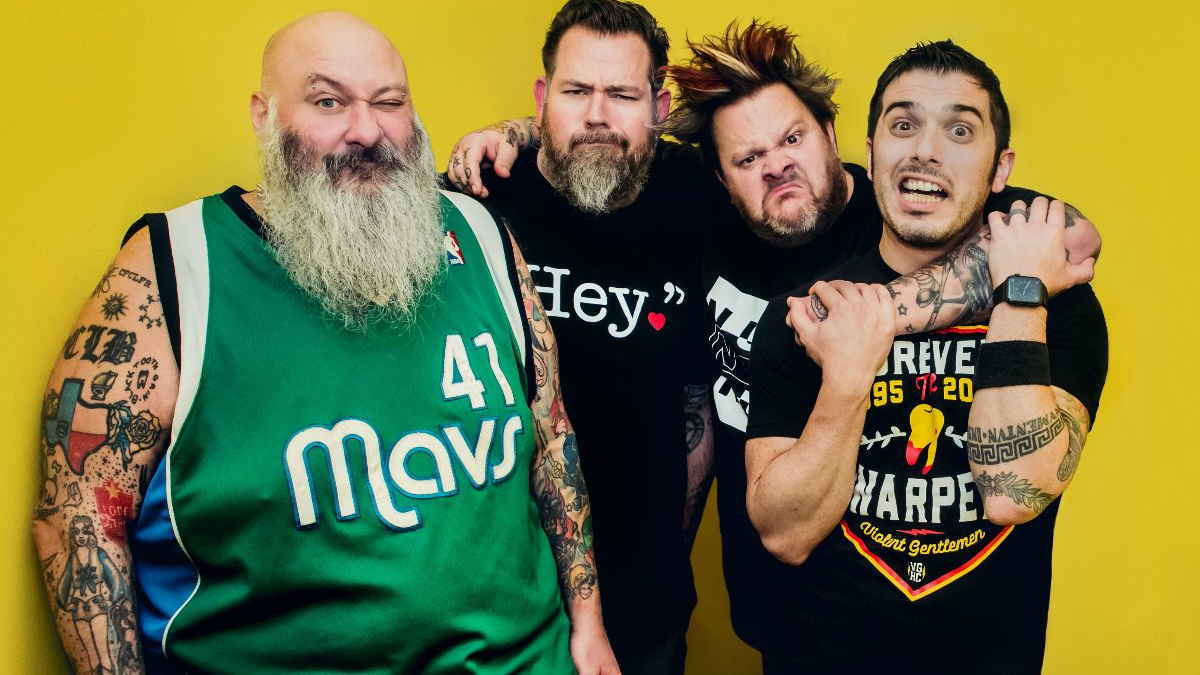 Bowling For Soup shared an update from frontman Jaret Reddick on Gary Wiseman's condition after the drummer was forced to not take part in shows' on the band's recently completed Crowd Surf The UK Tour.

Reddick shared the following on Friday (April 22nd), "On Tuesday, in Swansea, just before doors opened for the nights show, Gary had what we thought was a severe panic attack. He was seen by medics on site. Vitals were checked and he was monitored throughout the evening. The call was made for the show to go on with Rob and I doing an acoustic thing. Just before we took the stage, it was suggested that Gary go to the hospital.

"9 hours later, he saw a doctor and they found nothing to be wrong. A heart attack was ruled out and blood work looked fine. Gary spent that day, a day off, in a hotel room not being able to sleep, eat or quench his thirst.

"On Thursday, in Bexhill, he was still not better and the call was made to send him home so he can seek care from his own physicians and be with his family in his own surroundings.

"Thursday's show was acoustic again, with full band songs thrown in. Members of the other bands stepped in, and myself and Rob even played some drums. I should add that The Dollyrots, Lit and Matt Stocks have all been amazing through all of this.

"It has been a very emotional and scary time for all of us. We are family. We are brothers. And that comes first."