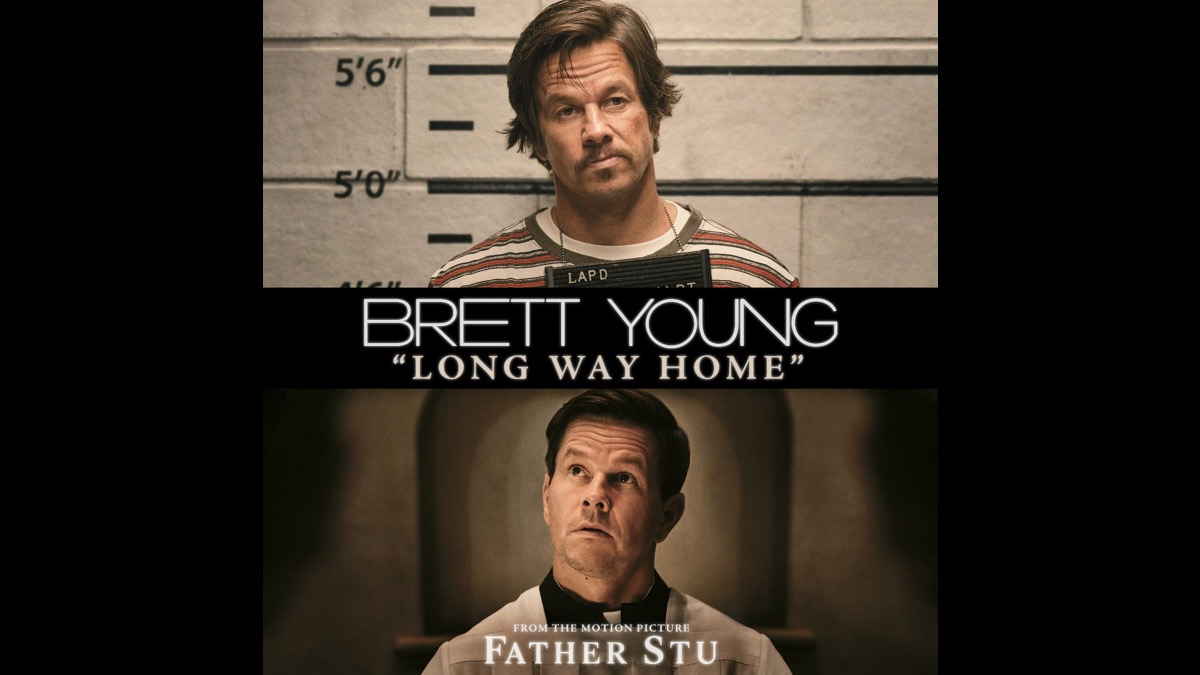 "Father Stu" hits theaters this Wednesday, April 13th and stars Mark Wahlberg. It was written for the screen and directed by Rosalind Ross. Brett explains how he became involved in doing a song for the film:

"I met Mark at a golf tournament a few months ago. We connected pretty quickly and he told me about an incredible project he was working on, and asked if I'd be up for writing a song to capture the spirit of the movie.

"Within a few hours I was flying home with Shay, Bear and throwing ideas around and after watching an early screening the next day, we brought Jimmy in to help us put together something that we thought would be a perfect fit."

Here is the official synopsis for the film: "Based on a true story, Father Stu is an unflinchingly honest, funny and ultimately uplifting drama about a lost soul who finds his purpose in a most unexpected place. When an injury ends his amateur boxing career, Stuart Long (Mark Wahlberg) moves to L.A. dreaming of stardom. While scraping by as a supermarket clerk, he meets Carmen (Teresa Ruiz), a Catholic Sunday school teacher who seems immune to his bad-boy charm. Determined to win her over, the longtime agnostic starts going to church to impress her. But surviving a terrible motorcycle accident leaves him wondering if he can use his second chance to help others find their way, leading to the surprising realization that he is meant to be a Catholic priest. Despite a devastating health crisis and the skepticism of Church officials and his estranged parents (Mel Gibson and Jacki Weaver), Stu pursues his vocation with courage and compassion, inspiring not only those closest to him but countless others along the way."