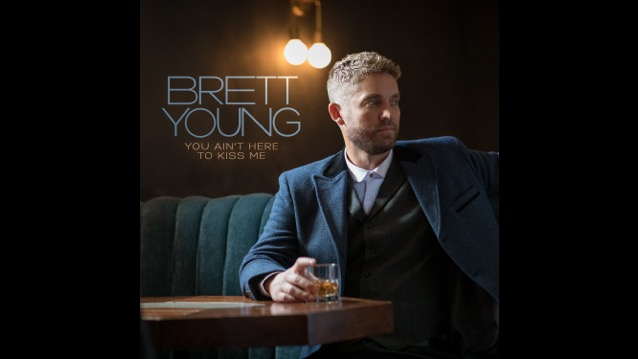 (The GreenRoom) Brett Young has released a new version of his heartfelt song, "You Ain't Here To Kiss Me" (BMLG Records), which was produced by Dan Huff and written by Young, Tiffany Goss, and Matt Alderman, the track was inspired by a real situation between Young and now wife Taylor Mills, years prior to their marriage.

The song tells the story of a narrator flying alone on New Year's Eve, reflecting on his recent heartbreak. Never afraid to open up about his own experiences, Young's new rendition offers a new spin on the song, with stripped-down production allowing his rich vocals to shine.

After producer Dan Huff had encouraged Young to release a new version of the song, Young moved forward with the idea, deciding to release the reflective song during the holidays, a time when many people often reflect on past relationships.

In addition to this release, Young recently embarked on a sold-out tour across Europe and is finishing up his US tour this December. The country star also recently announced a special limited run in Hawaii in 2023, which sold out in 24 hours as well as his "5 TOUR 3 2 1" for 2023, with dates spanning across the US.