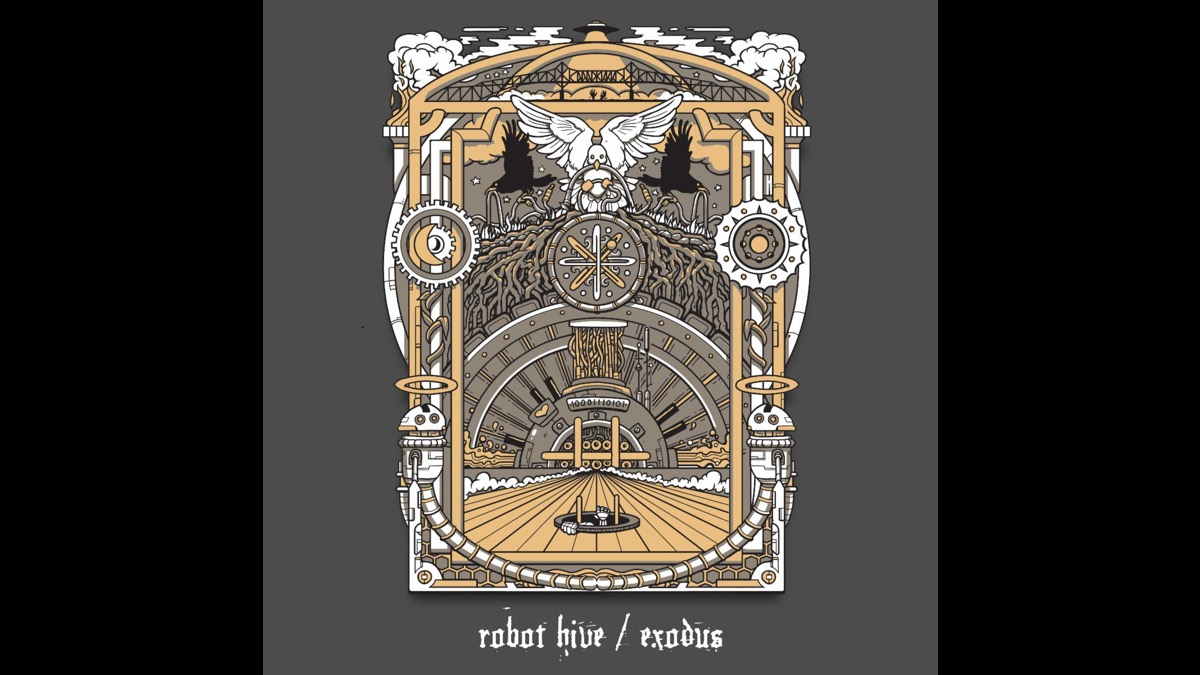 (hennemusic) Clutch have expanded their Collector's Series vinyl reissue series with the re-release of their 2005 album, "Robot Hive/Exodus." Curated by bassist Dan Maines, the reissue is remastered and manufactured on 180-gram coloured vinyl, stored in extra heavy sleeves and limited to only 7,500 units worldwide. The gatefold jacket is printed on metallized polyester paper, and each album includes a numbered insert autographed by the band.

As an extra special element this 2xLP includes a 7" with two tracks: "What Would A Wookie Do?" and "Bottoms Up, Socrates". These two songs were originally among the 16 songs written and recorded for "Robot Hive/Exodus" back in 2005 but were left off the final album for time purposes.

"I'm very excited for the Clutch Collector's Series release of 'Robot Hive/Exodus'," says Maines. "With the additional 7" you can now hear the complete recording session remastered. We consistently play a number of these songs in our live sets every night, and have even dusted off a couple more for our current tour!"

Clutch launched the Collector's Series last year with a vinyl reissue of their 2004 classic, "Blast Tyrant", which was curated by drummer Jean-Paul Gaster

Get more details and watch the "Burning Beard" video here.