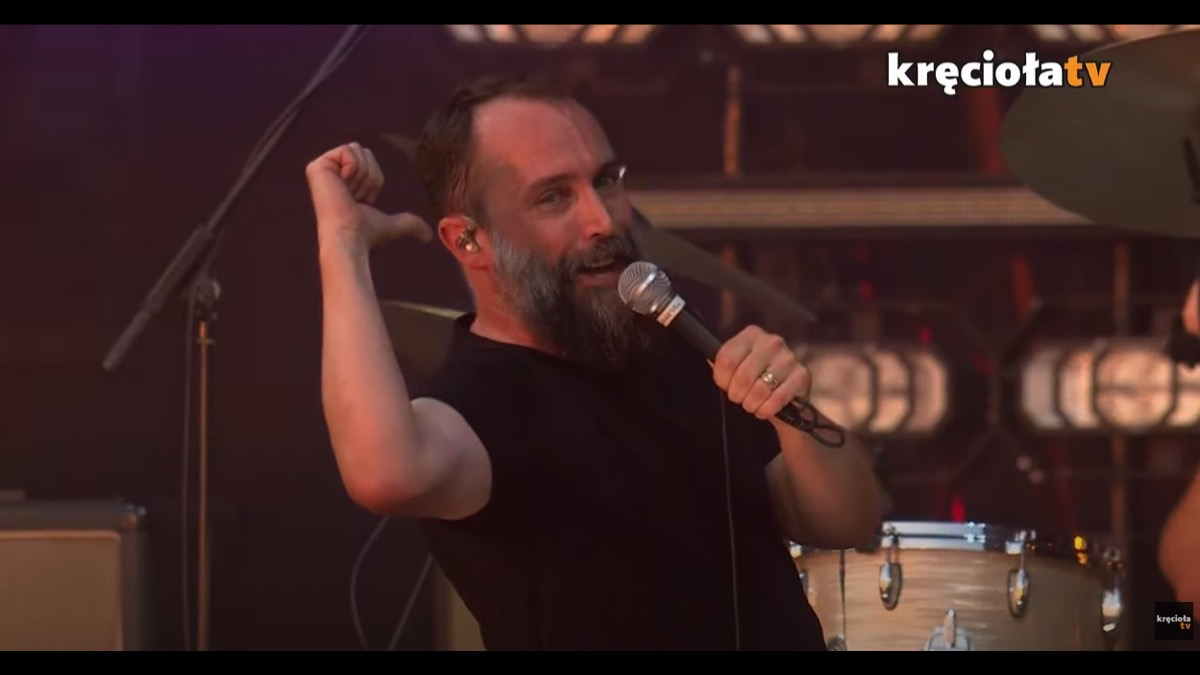 (hennemusic) Clutch delivered their new track, "Red Alert (Boss Metal Zone)", during an August 4 appearance at the Pol'and'Rock Festival, and event organizers are sharing proshot video of the performance.

First previewed during a September 2021 show in Reading, PA, the Maryland rockers released the tune this past spring ahead of its inclusion on their forthcoming album, "Sunrise On Slaughter Beach."

Due September 16, the 2022 project was recorded at the The Magpie Cage Recording Studio in Baltimore, MD and produced/mixed by Grammy-nominated Tom Dalgety (Ghost, Royal Blood) with additional engineering by J Robbins (Against Me!, The Sword).

Currently playing dates across Europe, Clutch will launch the record on a North American tour that will begin September 13 in Toronto, ON.