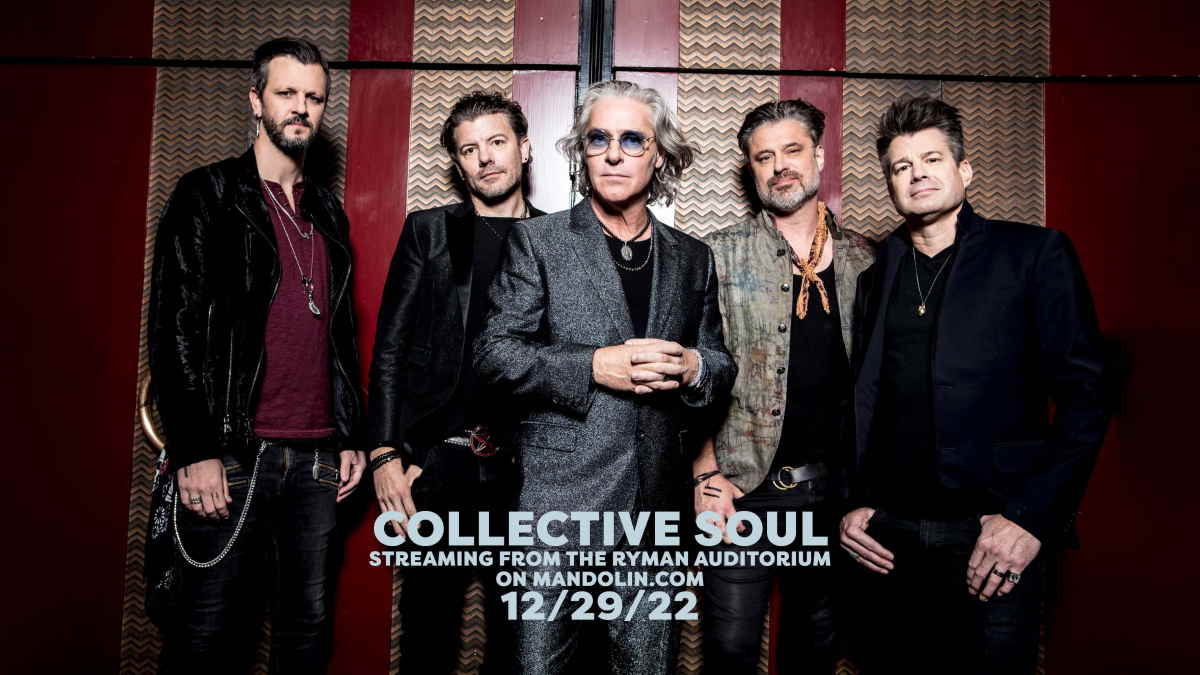 (ABC) Collective Soul have announced a special New Year's special livestream concert event of their performance filmed earlier this summer in Nashville that will be available starting at 8:30 p.m. ET on December 29 - January 1 courtesy of Mandolin.

The group filmed the concert that will be presented in the livestream at the historic Ryman Auditorium in Nashville, TN, where they performed on September 11th during their summer tour.

The show will premiere at 8:30 p.m. ET on Thursday, December 29. Fans will have two ticket options: $15 for a one-time viewing during the premiere and $20 for premiere access with unlimited on-demand replay access until 11:59 p.m. on January 1. All tickets will be available starting Tuesday, December 6 at 11 a.m. ET on Mandolin's website here.

The band is already making their touring plans for 2023, with a handful of shows announced so far. See them below: