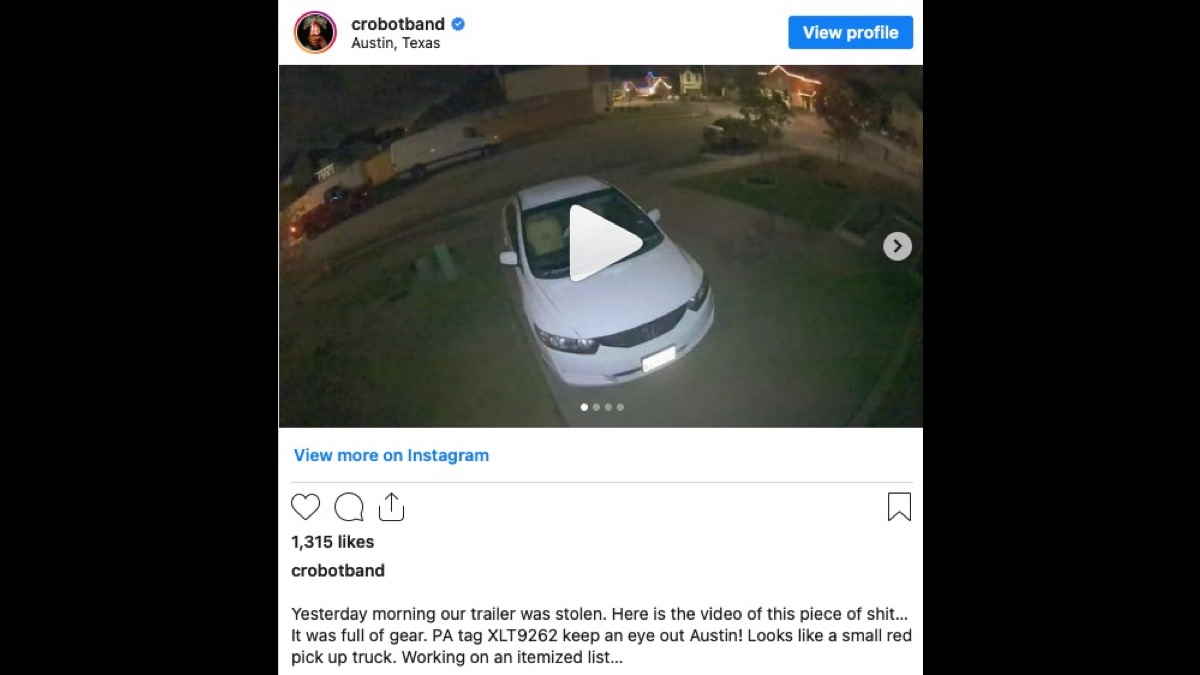 A GoFundMe campaign has been launched to help Crobot replace gear that was lost last weekend when someone stole a trailer that was holding a lot of their equipment.

The band broke the news with a social media post featuring a video of the theft. They wrote, "Our trailer was stolen. Here is the video of this piece of sh*t... It was full of gear. PA tag XLT9262 keep an eye out Austin! Looks like a small red pick up truck. "

The crowdsourcing site shared, "Someone stole Crobot's trailer. Their guitars are safe, but they lost all their amplifiers, PA, monitors, drums, trailer, and a whole lot more.

"Brandon, Bishop, Tim, and Dan know their fans will come through so they can get back to what they do best. Can't thank you enough! Proceeds will go towards new equipment." See the list of stolen items here.