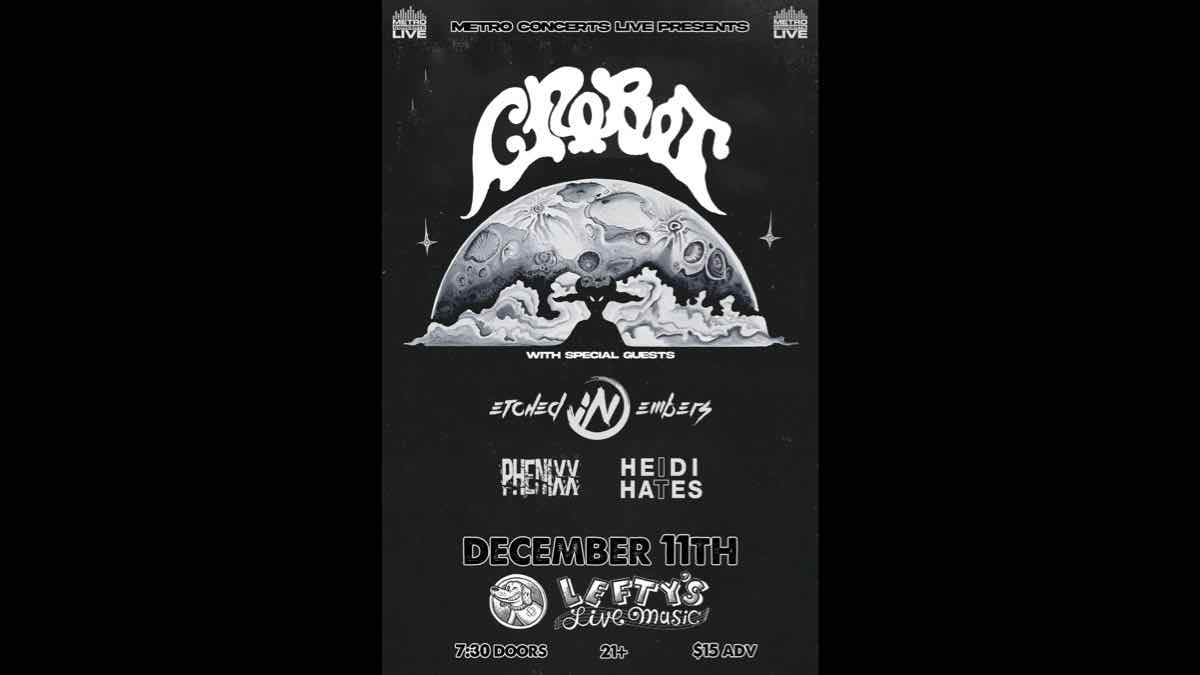 Show poster for one of the postponed shows

Crobot took to social media to break the bad news to fans that they have been forced to postpone their holiday tour this month, following the theft of their equipment trailer late last month.

They wrote via Facebook, "Attention #beardos We have an announcement that sucks to make. With the unfortunate event of our trailer full of our gear being stolen, we are forced to postpone our upcoming holiday tour.

"Beardos around the globe are pulling together to aid us during this hard time and we can't thank you all enough for your donations and support. It really means the world to us and we are overwhelmed with gratitude.
We will update you all on the progress of our attempts to recover our trailer and gear.

"If you have any information or wish to support, contact us or follow the link below to a GoFundMe that's been organized on our behalf.
We hope you all go out and still support the shows being hosted by the awesome radio stations that have supported us through the years and continue their support of our single Golden.

"We will see you guys sooner than you think. Santa may come early this year. Happy holidays ya filthy beardos!"

A GoFundMe campaign was launched to help the band pay to replace the stolen equipment. As of Monday (December 5th) morning, they had raised $26,000 towards their $30,000 goal. See the campaign here.