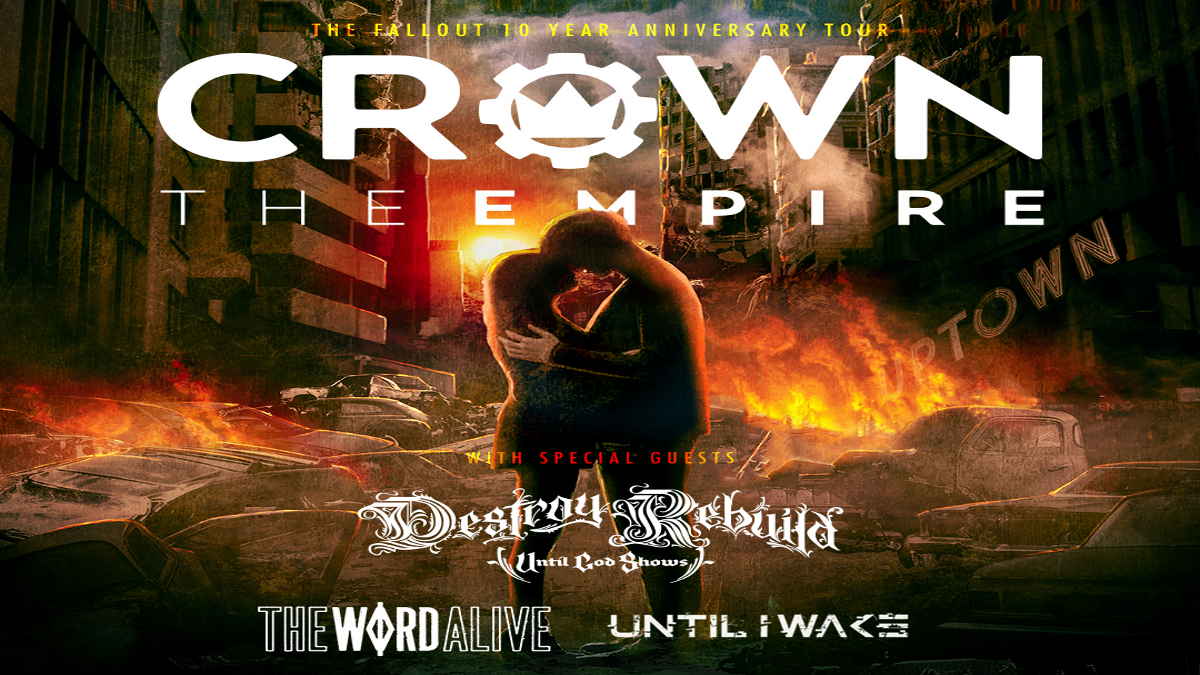 Crown The Empire have announced that they will be hitting the road this spring for their The Fallout 10 Year Anniversary Tour across the U.S. that will feature support from D.R.U.G.S., The Word Alive, and Until I Wake.

The trek is set to kick off on May 30th in Albuquerque, NM at the Sunshine Theater and will wrap up on July 3rd in San Antonio, TX at the Vibes Event Center.

They had the following to say about the tour, "We are so excited to play The Fallout in its entirety for the fans who've stuck with us over the past decade.

"On this tour, we'll be recreating the world from our debut album by bringing the most production & lighting we've ever brought out on the road. Get ready to experience a show from us as you've never seen before.

"Joining us on stage will be special guests D.R.U.G.S., The Word Alive, and Until I Wake. We can't wait to see all of you across the United States this summer! Grab your tickets & VIP now before they sell out."