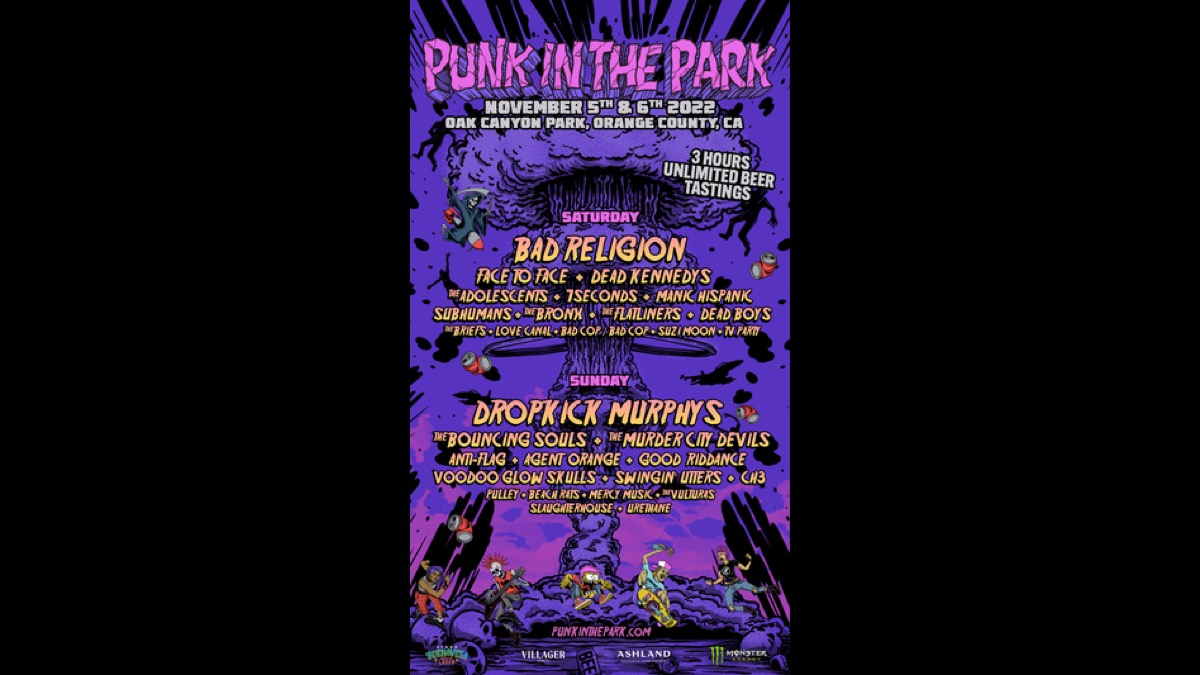 (Ashton-Magnuson Media) The full daily music lineup for Punk In The Park, headlined by Bad Religion and Dropkick Murphys, has been announced for the November 5 & 6 event at Oak Canyon Park in Orange County, CA which features over 30 bands along with craft beer tasting.

Single day tickets for the second annual Punk In The Park go on sale this Friday, June 24 at 10:00 AM PT at www.PunkInThePark.com. Weekend tickets are on sale now.

The daily music lineup for Punk In The Park is as follows (subject to change):