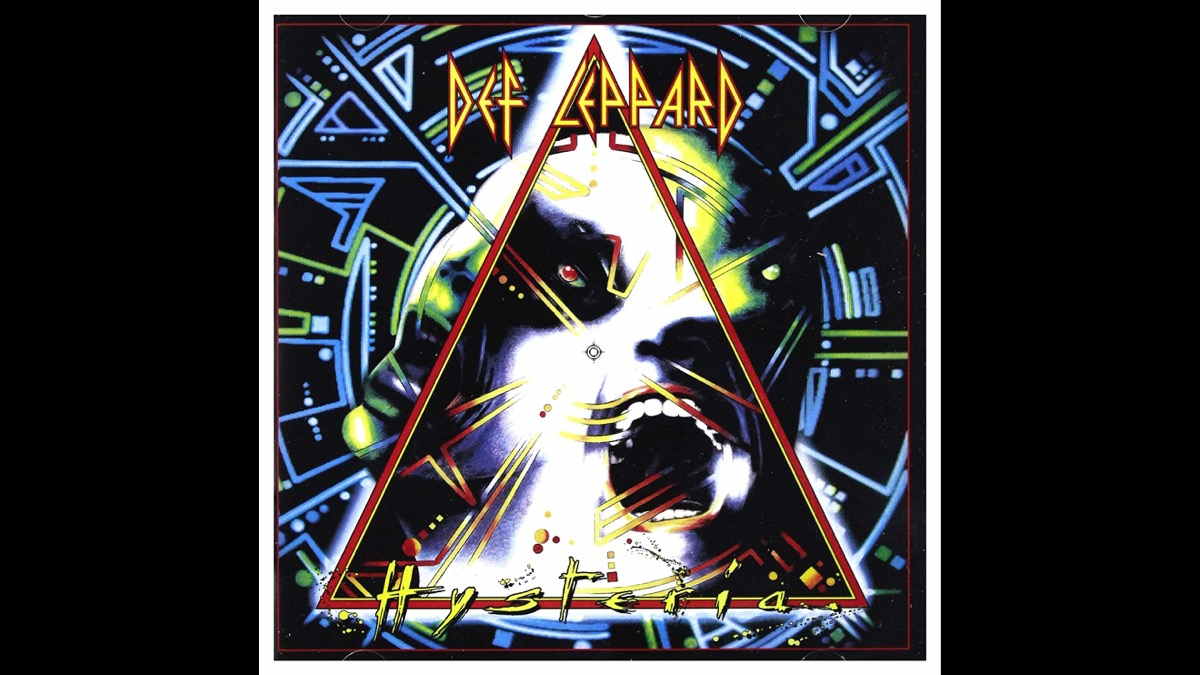 The 35th anniversary of Def Leppard's blockbuster 1987 album, "Hysteria", is being celebrated by the syndicated radio show In The Studio With Redbeard: The Stories Behind History's Greatest Rock Bands.

"It is like a greatest hits package all on its own: Def Leppard's August 1987 Hysteria album, one of the most popular albums ever at an estimated twenty-five million copies, yet as Joe Elliott and Ric Savage remind us in this classic rock interview, it is a miracle that it ever was finished. The epic saga is revealed behind 'Pour Some Sugar on Me', 'Love Bites', 'Animal', 'Women', 'Armageddon It', and 'Hysteria' as Def Leppard copped a first-ballot induction into the Rock and Roll Hall of Fame in 2017.

"After World War II the worldwide success of The Beatles, Rolling Stones, The Who, The Kinks, Cream, and a bit later Led Zeppelin all had a profoundly positive effect on the British self-esteem. All of these predecessors of Def Leppard were almost entirely influenced musically by the blues, rhythm and blues, and soul music of African-Americans, yet it is most telling that when the Sheffield England quintet compiled an all-covers tribute album a few years ago made up of their most-loved formative impressions, all but one were by white British musicians.
'We grew up on a bunch of British pop music that never even infiltrated the American psyche,' asserts Def Leppard lead singer/songwriter Joe Elliott.' Of course we dearly love bands like Led Zeppelin and (Deep) Purple, what you may call heavier album track bands, but I think when we first started listening to radio it was the British Top 40 on (BBC) Radio One and Radio Luxembourg, which was a little more adventurous with their playlist. They're the kinds of songs that we obviously got to listen to a lot. We were fortunate that the British music scene from '70- '71 to '74 had a lot of the bands like Slade and Sweet and David Bowie and T Rex were very guitar-based three minute pop songs, which by today's standards may be called 'hard rock', because it was just big drums and guitars and big honkin' choruses. Some of them cheesy, some not. But you have to weed through the dross. A lot of the Slade singles were top notch.'

"Phil Collen: 'Where we came from, Thin Lizzy was a huge influence on Def Leppard, you know, the two guitar thing. And Queen was. We wanted to sound like Def Leppard, but we wanted people to know where we come from...We got the blues stuff second hand from Zeppelin and whomever, really.'

"JE: ' We have been influenced by what they kind of call 'glam rock', but I know that term offends half of the artists, so I'm trying to avoid that phrase. Bowie hated being typed as 'glam rock'. A lot of the songs were basically just twelve bar, based around the same three chords that the blues were. But they were kind of sped up, and they started to introduce a lot of the tricks that Motown used to do, like the hand claps on the snare drum. But they didn't have the R & B sound about them, they didn't have the blues about 'em. Unless you studied them really hard, they don't really sound like B.B.King or Chuck Berry or the Stones, or even early Who or Kinks. There was more emphasis on the production by the time the '70s came around. They were starting to invent a whole new sound: (producers) Chinn and Chapman were doing it for Sweet and Susie Quatro, and even (producer) Bob Ezrin was doing it for Alice Cooper. Equipment was getting better, studios were improving, and all of a sudden production got taken to a whole new stage by (producer) Roy Thomas Baker and Queen come '73-'74. The first time we heard Sheer Heat Attack, before we even knew what musicians were, you listen to that record and it's just an amazing adventure...how to use stereo to its absolute maximum effect, and panning and phasing and flanging, just clever techniques that take a song further than live performance ever could.'" Stream the episode here.