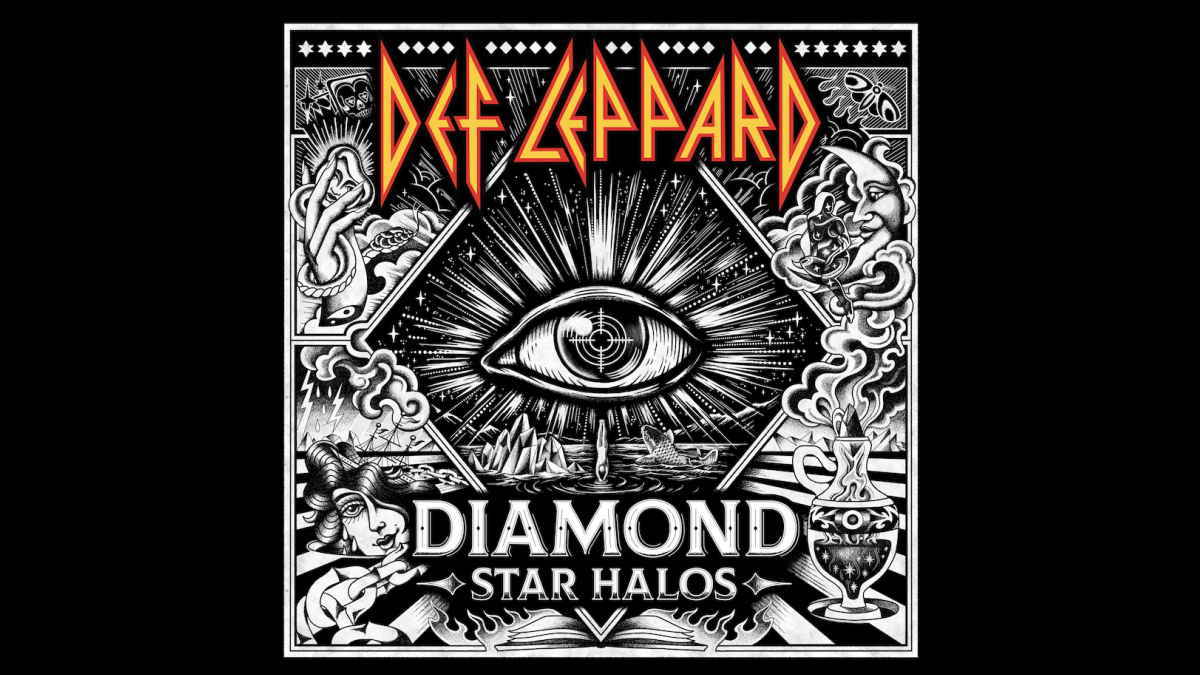 (hennemusic) Def Leppard are streaming their new album, "Diamond Star Halos", in sync with its release on May 27. Over the past two years, the project was recorded simultaneously in three different countries, with Joe Elliott in Ireland, Rick Savage in England, and Phil Collen, Vivian Campbell and Rick Allen in the United States.

The 15 track album mixes the group's classic sound while giving a nod to influences such as David Bowie, T. Rex, and Mott The Hoople, among others; the title itself references T. Rex's "Bang a Gong (Get It On)."

Special guests on the record include Alison Krauss - on "This Guitar" and "Lifeless", and David Bowie pianist Mike Garson, who performs on "Goodbye For Good This Time" and "Angels (Can't Help You Now)."