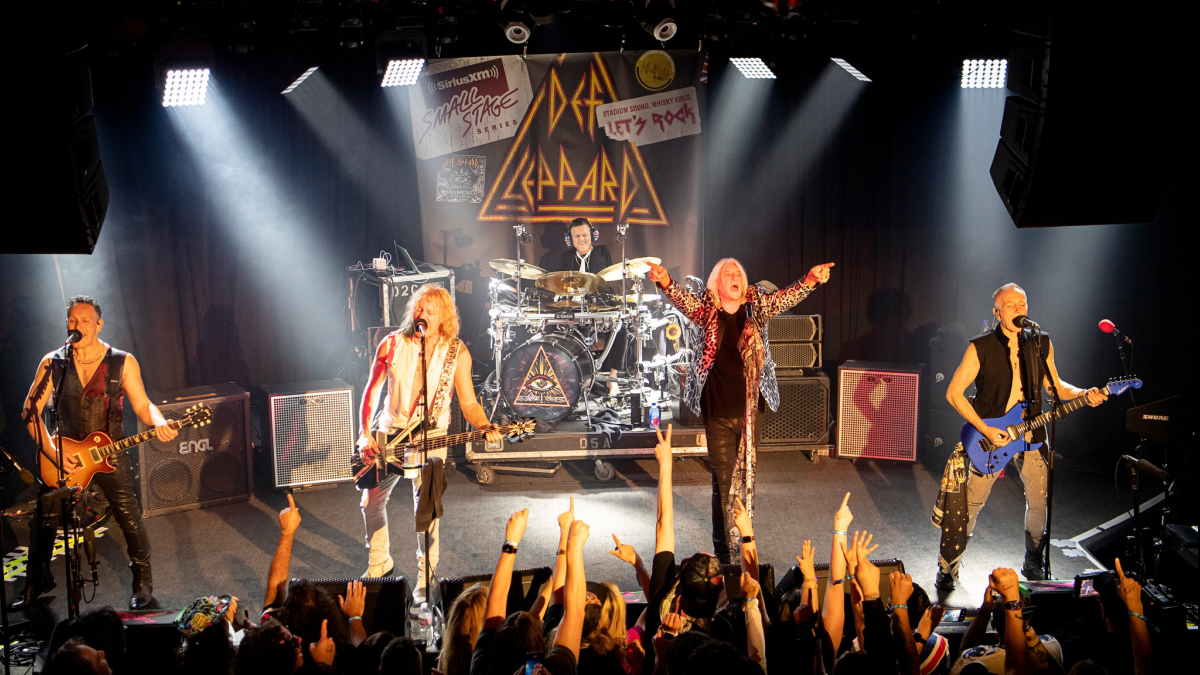 Genesis Publications have set a March 7, 2023, for "Definitely: The Official Story Of Def Leppard," which is billed as part memoir, part scrapbook, and the ultimate record of Def Leppard's legendary career.

Here is synopsis: "Offering fans the most personal and comprehensive record of Def Leppard's history to date, Definitely: The Official Story Of Def Leppard is narrated by the band in their own words, illustrated with photography and memorabilia from the Def Leppard archives.

"Def Leppard bassist Rick Savage: 'Coming up during the punk era helped us because there were only a couple of bands playing our type of music. People probably took more notice of us because we stood out.'

"Def Leppard vocalist Joe Elliott: 'We had balls and we were naive, in a good way. We just went out there, full throttle.'

"Despite an average age of only 18, Def Leppard burst onto the hard rock scene in 1980 like a group of seasoned veterans. Thinking big from the very start, the blueprint for their music was, as singer Joe Elliott states, "Queen meets AC/DC." Def Leppard's story is one of stratospheric highs and crashing lows, of triumph over adversity. While becoming one of the world's best-selling music artists with blockbuster albums Pyromania and Hysteria, the band overcame drummer Rick Allen's accident and the death of bandmate Steve Clark. During their 45-year history, Def Leppard have continued to make new music - with 12 studio albums to their name, including their 2022 release Diamond Star Halos - finding success with every record and tour.

"In a wide-ranging account from the band and archive text from past members, Definitely chronicles Def Leppard's incredible story, from their humble beginnings rehearsing in a spoon factory in Sheffield, to recording ground-breaking multi-platinum albums and touring sell-out stadiums around the world." Preorder is available here (ad).