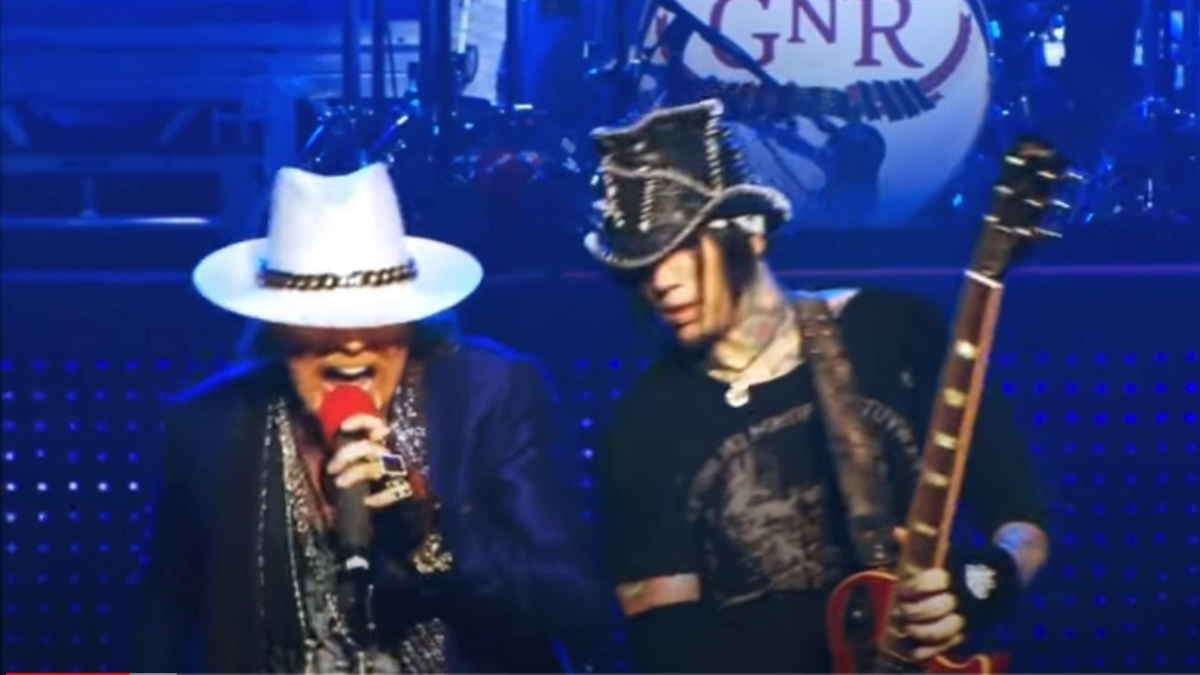 Video still of DJ on stage with Axl Rose

Former Guns N' Roses guitarist DJ Ashba has elaborated on his reasons for the leaving the legendary group, and also saying that he happily stepped away to make way for Slash to return to his position.

Ashba was asked about his departure from the group during a recent appearance on SiriusXM's "Trunk Nation With Eddie Trunk" and he explained that frontman Axl Rose had told him in 2016 that original lead guitarist Slash was returning to the band, but Rose still wanted DJ to remain.

DJ said, "Axl called me and said, 'Hey, I just wanna give you a heads up, Slash is coming back, but I want you to be a part of this.' Which was a really cool phone call to get. And at the time, I was going through a lot of different things with Sixx:A.M. too, Sixx:A.M. wanted to really pick up the pace and go nuts.

For three and a half years, I played 85/90 percent of my parts were the Slash parts. So, I didn't feel I had the brain capacity to relearn, because at this point, it's muscle memory, to relearn a three-and-a-half-hour show differently than I'd been playing for the last six, seven years, it's gonna take some work.

"Plus, I was, like, if Slash is coming back, man, this is his gig. I can happily step out. Because it's kind of the best of both worlds, I can go be in the band I helped create with Sixx and Michael and go back to what I'm really good at doing, and that's Sixx:A.M.

"I've never been great at playing other people's stuff, it's never been my thing. But if Slash was coming back, that was like the best of both worlds. It's like, f***, we get most of the band back, and I can go do what I wanna do too.

"So, it worked out great. I backed out, bowed out, I should say, and I think Richard [Fortus] was the guy for that slot anyway. That was more the Richard role, I think. He fits that way better than I would have."