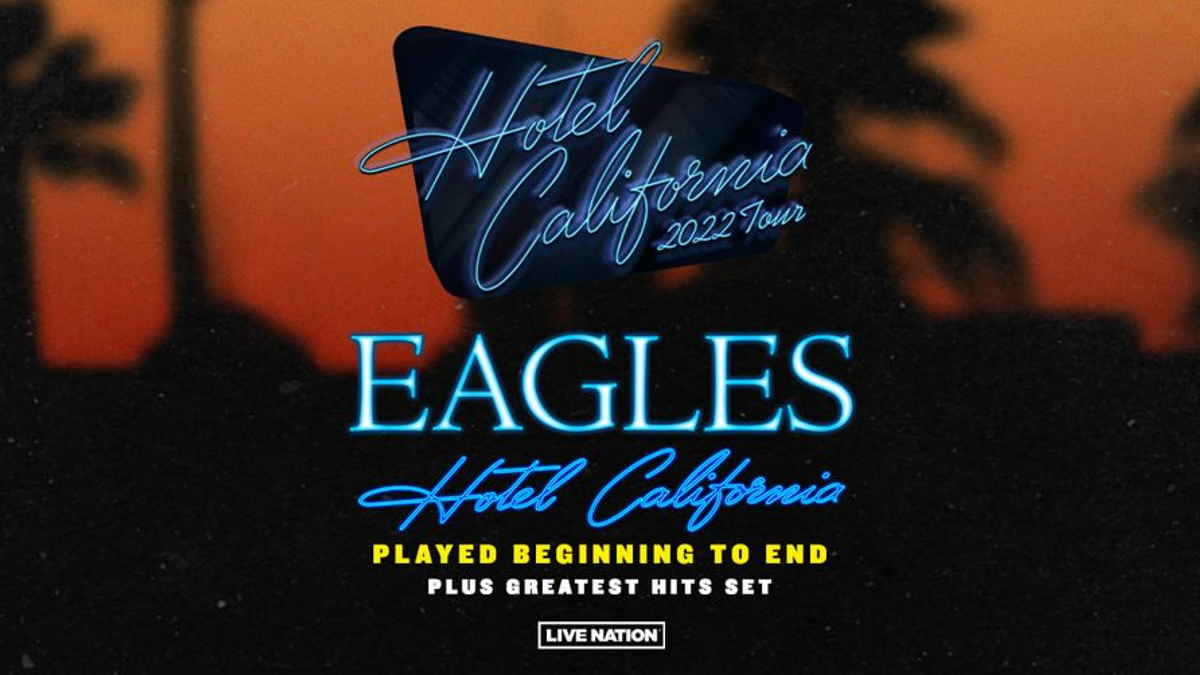 The Eagles have added two new concerts to their 20222 Hotel California Tour that will feature the band performing the album in full, plus a second set of their greatest hits.

The first new stop will be Monday, April 25th at the Bon Secours Wellness Arena in Greenville, South Carolina, and they have added a second night at the Bridgestone Arena in Nashville on Friday, April 29th.

The tour is set to kick off on February 19th in Savannah, GA at Enmarket Arena and will wrap up with two nights in Austin, TX at the Moody Center on May 19th and 20th. See the dates below: