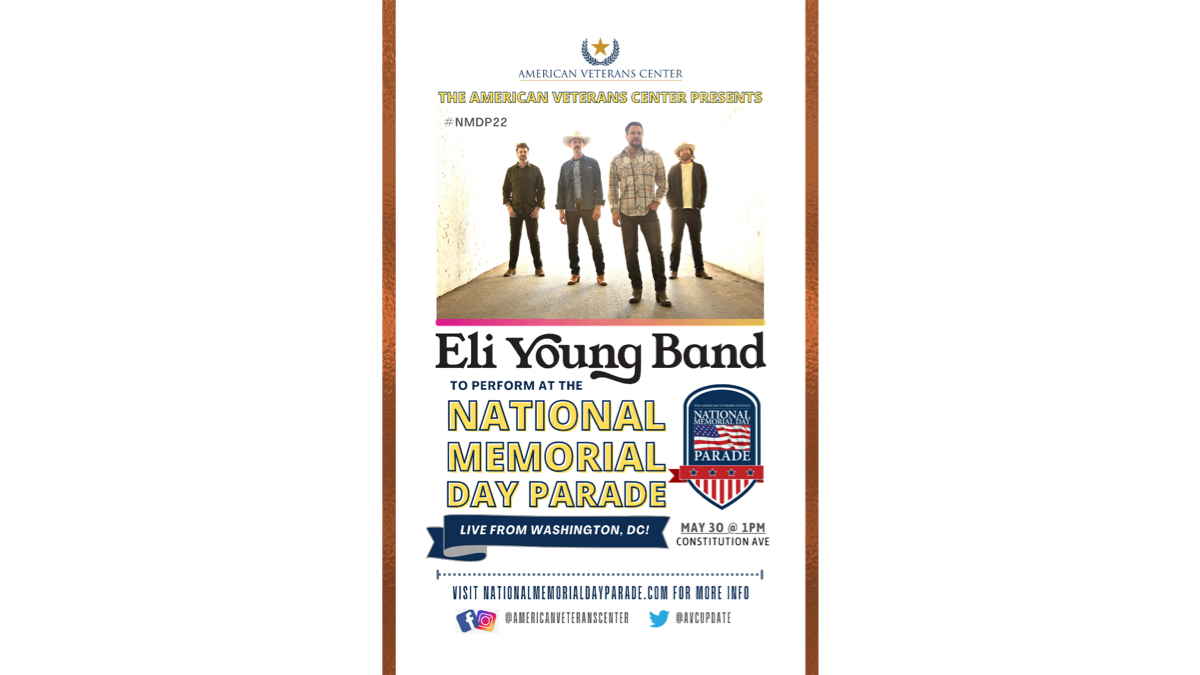 (EBM) Eli Young Band have announced that they will join the 2022 National Memorial Day Parade where they will perform "Love Ain't" on the broadcast and those watching at 7th and Constitution Ave. will also be treated to their latest single "Love Talking" at 1 p.m. ET.

The parade returns to Washington, D.C. this Memorial Day (May 30th) for the first time since prior to the pandemic. The parade's television special will be hosted by Anthony Anderson ("Black-ish") and Joe Buck (ESPN "Monday Night Football"), with veteran and celebrity Robert Irvine, with additional performances by Jimmie Allen and the United States Army Band "Pershing's Own."

The National Memorial Day Parade will be nationally syndicated to over 100 million households on ABC, CBS, NBC, FOX and CW stations, airing throughout the month of June. In addition, it will be broadcast to U.S. troops serving around the world and on Navy ships at sea on American Forces Network. Watch the live stream below (once available):