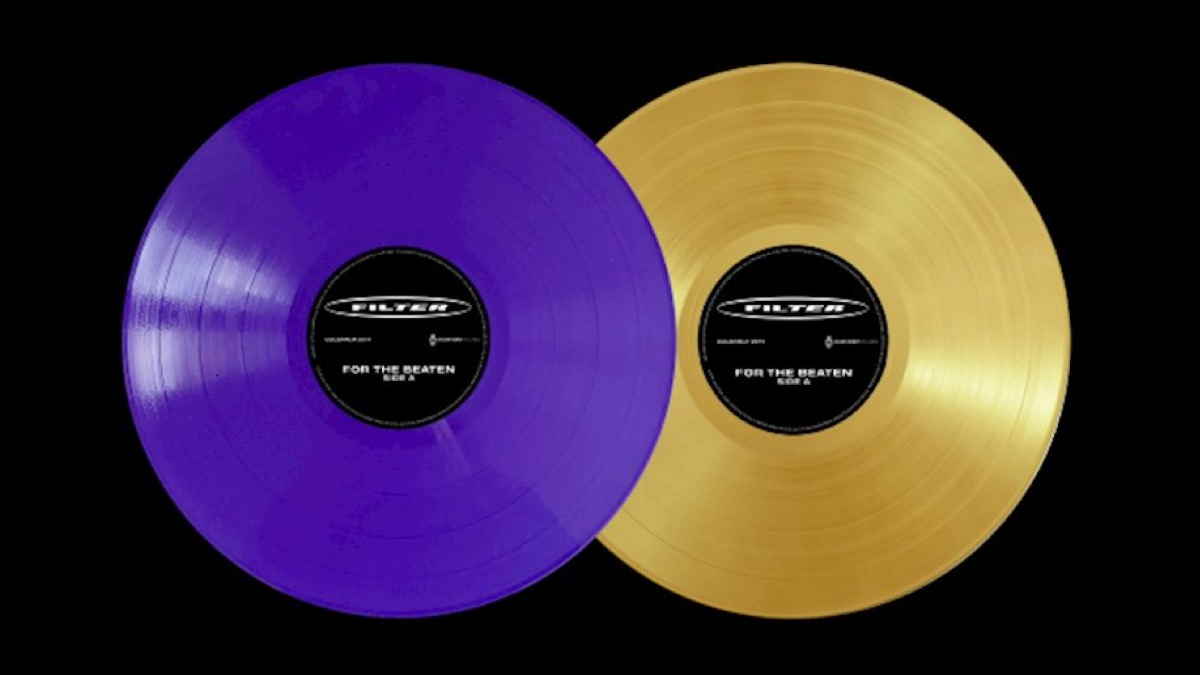 The exclusive 7" Vinyl will be numbered for authenticity and available in two colours - purple and gold - with very limited stock available. 'For the Beaten' is the A-side described by Filter founder Richard Patrick as "dynamic, dark, and heavy, just like the moment we are in." The track was met with great affection from eager fans and critics alike who had waited two years to hear what was next for Filter. 'For the Beaten' was put out in October following Patrick joining former and current Nine Inch Nails band members in Cleveland for a NIN surprise reunion show.

The B-side is where things get even more interesting. 'The Killing Field' is the debut track from A Place To Kill, a new industrial trap metal project from Patrick and vocalist Jim Louvau. This 7" is the only place to hear APTK at the moment.

'For The Beaten'/'The Killing Field' 7" Vinyl is available for pre-order now, with limited stock availability, and pre-ordering is the best chance of getting your hands on this Filter collector's item.

You can pre-order Filter's 7" Vinyl here.