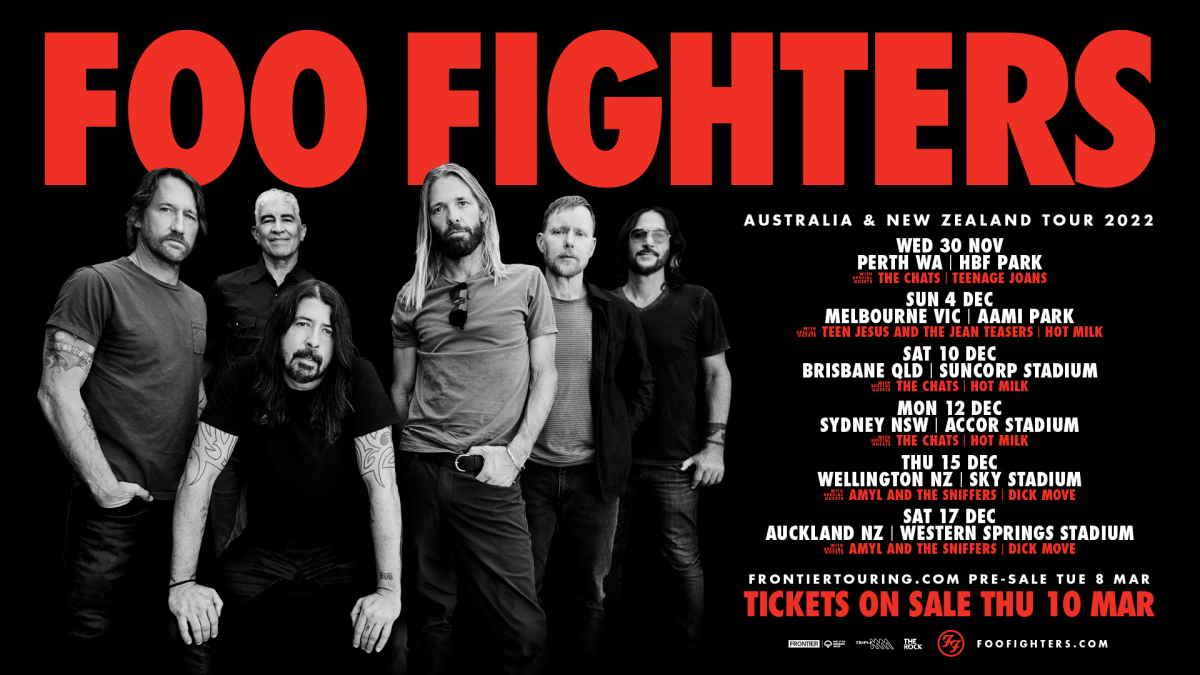 The Foo Fighters have announced that they will be heading down under this fall for a new tour leg in Australia and New Zealand to promote their latest album "Medicine At Midnight".

The trek is scheduled to kick off on November 30th in Perth at HBF Park and will conclude on December in Auckland, NZ at Western Springs. Tickets go on sale to the general public on March 10th at various local times.

The Chats have signed on to support the Australian dates, except Melbourne, which will feature Teen Jesus and The Jean Teasers. Hot Milk will perform on all Australian dates except the kick off in Perth, where Teenage Joans will appear.

Amyl And The Sniffers and Dick Move will be the support acts for both New Zealand shows (Wellington and Auckland). See the dates below: