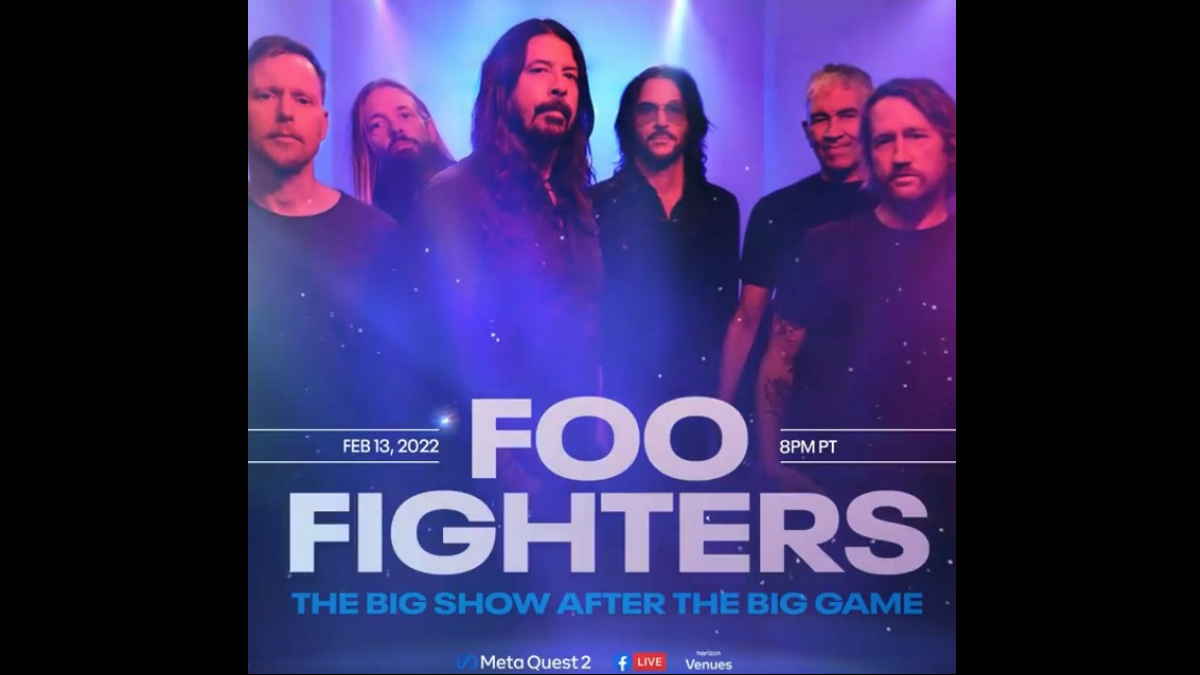 (hennemusic) The Foo Fighters will stream a live performance following Super Bowl LVI on Sunday, February 13. As Variety notes, the band are teaming up with Meta for a concert that will be shared via the Foo Fighters' Facebook and Instagram sites, as well as an immersive, 180-degree VR experience available on Meta's social VR app Horizon Ventures.

The concert will be directed by noted music video director and filmmaker Mark Romanek; it will feature a custom stage design, described as a "surreal convergence of physical, fantastical visual elements."

Foo Fighters are slated to perform some rarely-played tracks - including one the group has never played publicly before. "Foo Fighters love a challenge - from playing the biggest stages in the world to the tiniest clubs to making movies and miniseries. We've pretty much done it all," shared Dave Grohl in a statement. "But we've never collaborated with Mark Romanek on a conceptual set of songs (including one being played live for the first time ever) for a worldwide audience, where everyone has the best seats in the house thanks to the most badass VR tech... until now. Join us when we cross that one off the FF bucket list!" More details here.