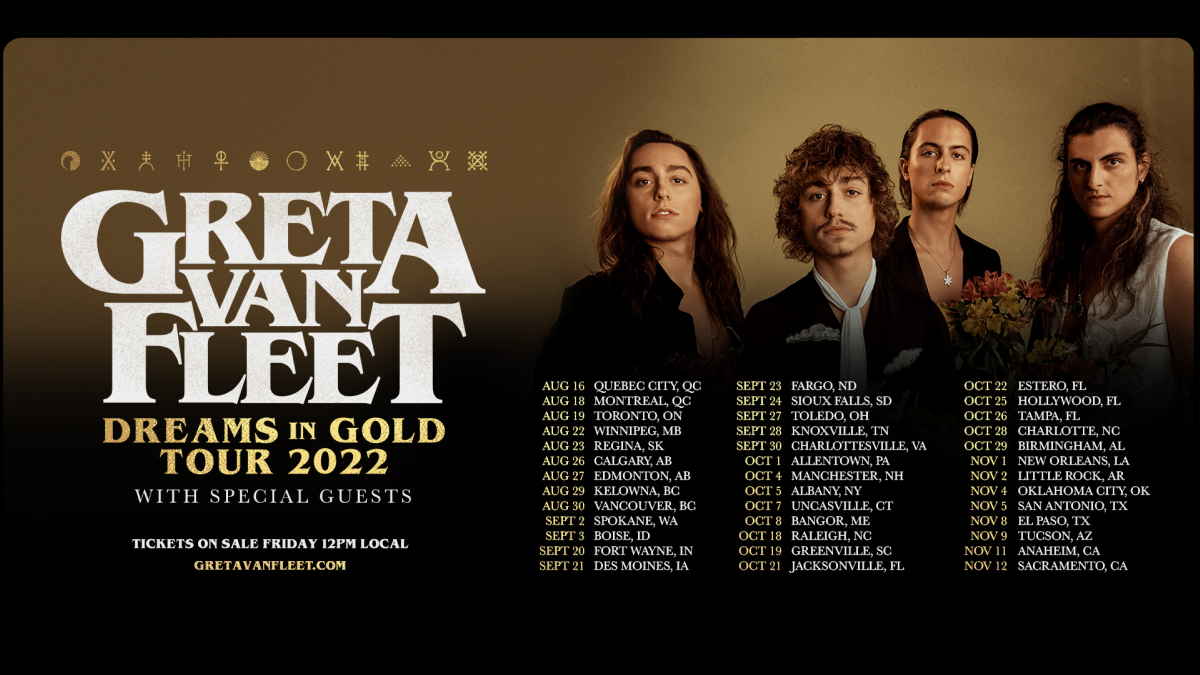 Greta Van Fleet have announced that they have added late summer and fall North American dates to their Dreams in Gold Tour that is already hitting arenas this spring.

The new leg will include 42 cities and is set to kick off on August 11th at the Highmark Stadium in Buffalo, NY where they will be playing with Metallica and will wrap up on November 12th at the Golden 1 Center in Sacramento, CA.

The Pretty Reckless and Hannah will be supporting from August 16th through August 30th. Houndmouth and Robert Finley will support from September 20th through October 8th.