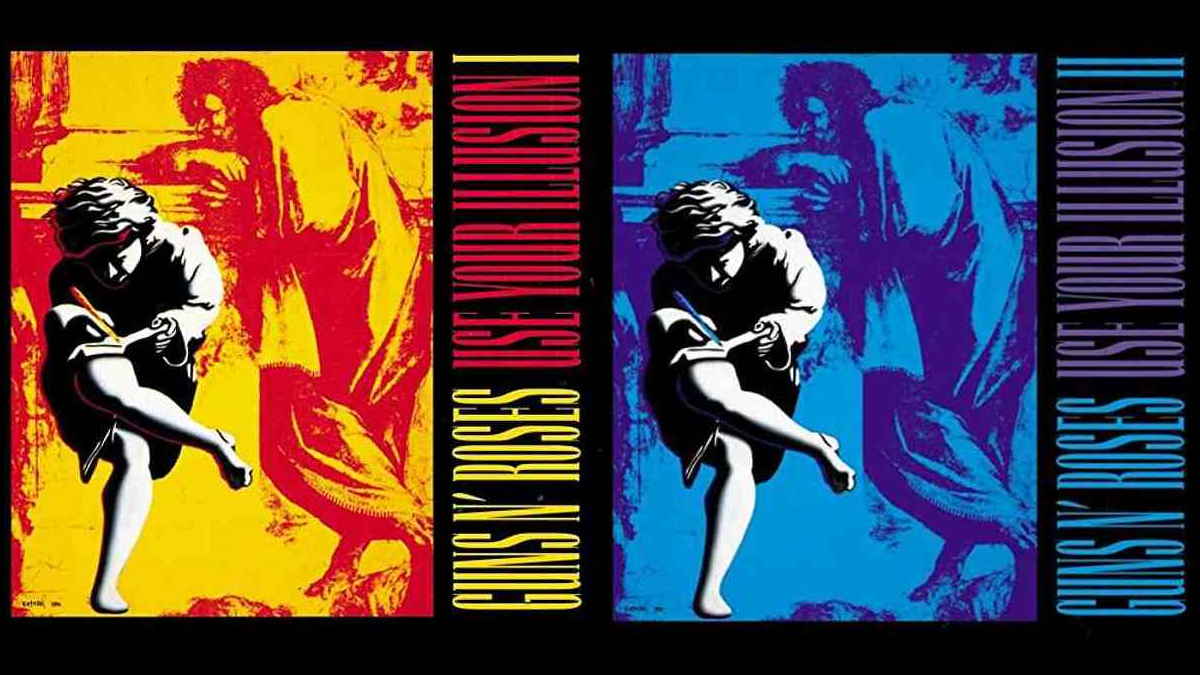 Use Your Illusion albums covers

Slash says in a new interview that there were many reasons why Izzy Stradlin did not take part in the Guns N' Roses reunion and also reflected on his feelings about Izzy's departure from the group back in 1991.

The iconic guitarist was interview for the cover story of the latest edition of Classic Rock Magazine. In the piece, Slash looked back at Izzy leaving the group.

"At that time, the fact that he quit wasn't an issue. There was no judgement about any of that. I don't think anybody judged anybody else on how they behaved outside of being able to show up and do the gig. I was admittedly resentful of that whole trip with Izzy leaving, because whatever had gone on for him that forced that sudden change, I was like, man, I died eighteen times prior to that! It didn't faze me!

"But when he quit, he was looking at us going: 'These guys are gonna f***ing die!' My whole attitude was like: 'I'll get on with it. Don't f***ing worry. I'll manage.' So there was a certain kind of resentment there - of not really understanding or appreciating where Izzy was coming from. In hindsight, I still sort of feel the same way, I guess, about that. Like, don't worry about me."

Slash was also asked is Izzy explained to him why he did not take part in the reunion. "I haven't really talked to him since then," he answered. "There were a lot of different issues that I'm not really going to get into. We wanted it to work out, but we couldn't seem to meet eye to eye on the whole thing. So it just never happened."