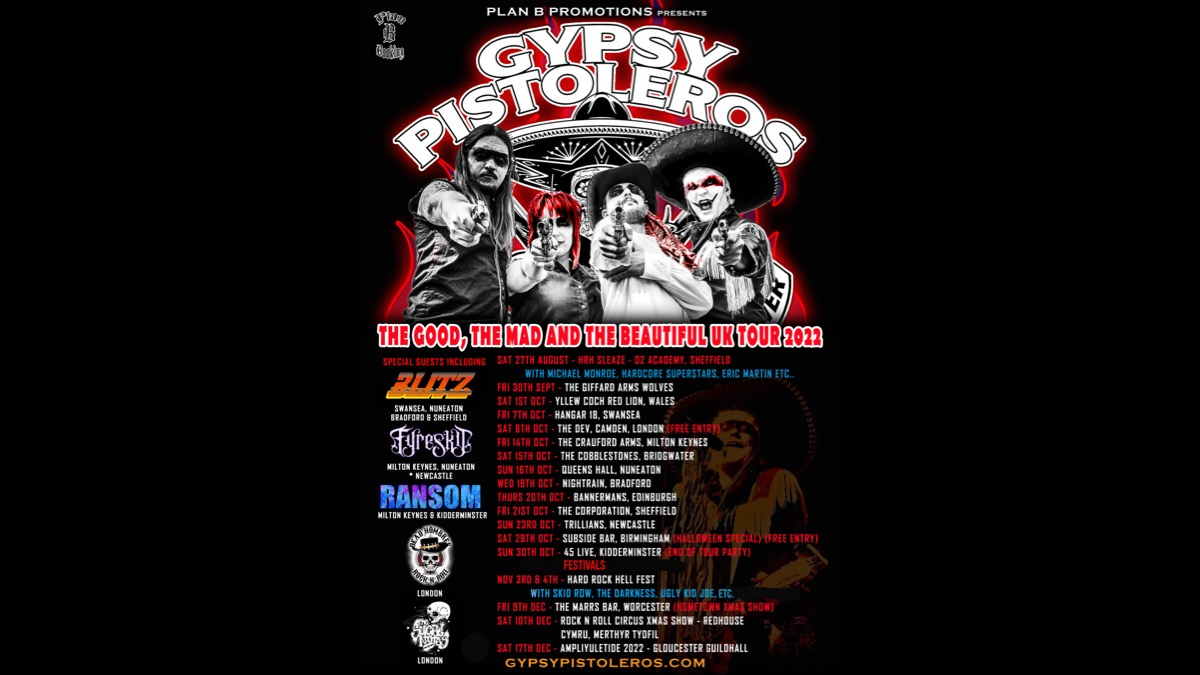 (GP) Gypsy Pistoleros will release a brand new single "The Ballad of Tommy Shelby (Good, Mad & Beautiful)" on October 7th 2022 that will include a very special guest vocal contribution. The band sent over the following details:

The new material promises to be an edgier, punkier and heavier side ofGypsy Pistoleros, whilst retaining the Flamenco Rumba heart and fully embracing their fiery flamenco/rumba passion, with their distinctive crossover of punk rock 'n' roll leanings!

They then begin a U.K headline 'The Good, The Mad & The Beautiful 2022 Tour' throughout October to accompany the single release. Guests include BLITZ, Fyresky, ransom, The Suicide Notes & Dead Hombres

They finish the year with three Special XMas Festivals. "Saddle up Commancheros, we ride!"