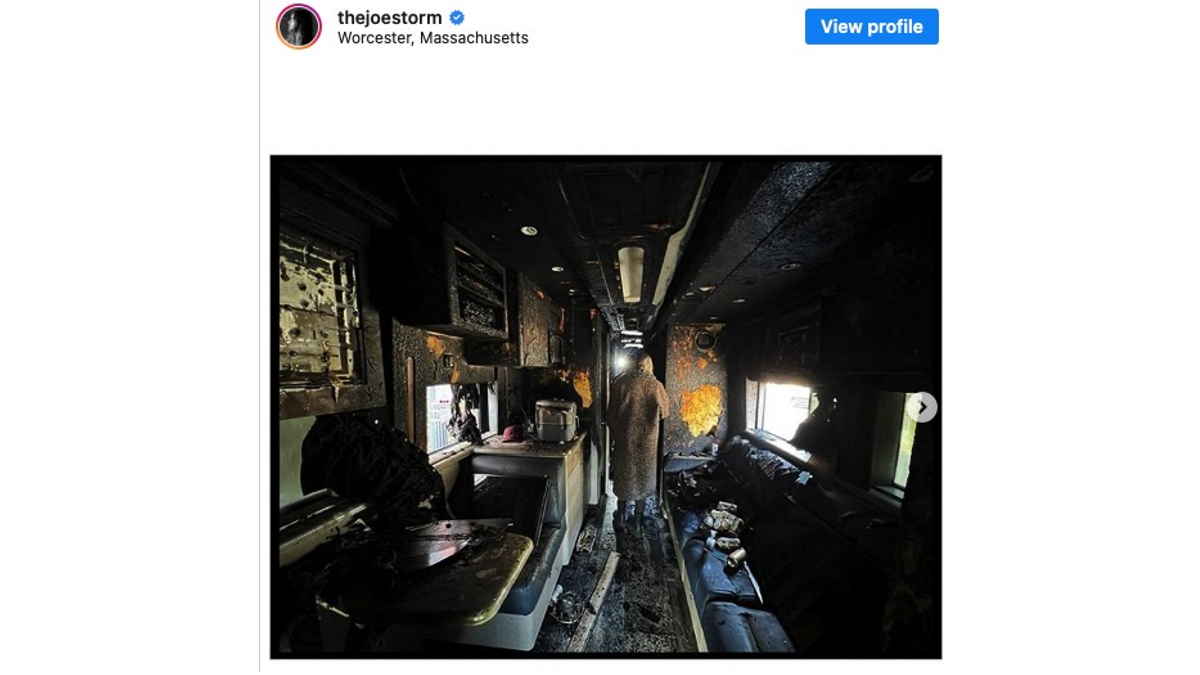 Halestorm shared the bad news that their tour bus caught on fire early Thursday morning (January 20th), but luckily the band members were in their hotel rooms at the time and no one was injured.

Various member of the group took to social media with posts about the fire. Guitarist Joe Hottinger wrote, "Old Halestorm had a night for the books. We were all in our hotel rooms last night and we woke up to our bus burning down at 3AM. Fun fun. No one was hurt.

"The Worcester fire department got there and put the fire out. They were amazing. Our fearless security Steve pulled guitars and luggage out of the bay. We all lost some stuff, but it was just stuff. The investigator doesn't know what started it, but it began in the bunk hall. What matters is that no one was hurt."

Frontwoman Lzzy Hale wrote,"Thank you to everyone for the well wishes. Like Joe said in his post, we lost some stuff, but so grateful that it was only stuff and no one was sleeping on the bus last night. I'm still shook, and emotions are a bit high today.But looks like the universe is not done with us yet!"

Drummer Arejay Hale shared, "Wanted to first and foremost let everyone know we are all safe, nobody was hurt, nothing of great value was destroyed but we had a bus fire last night while we were sleeping in the hotel.

"I woke up to my tour manager, Mike, calling me at 3am to make sure I wasn't sleeping on the bus, our head of security, Steve (pictured here), heroically ran into the burning bus with a fire extinguisher to make sure nobody was sleeping in their bunk.

"According to him, as he looked under the door, the bunk hall was an inferno and he saw 15-20 foot flames rising out of the top of the bus. We're all so grateful to the Worcester Fire Department @worcesterfd for their bravery, and incredibly thankful everyone is ok.

"To all my fellow touring people, take bus fire and all touring safety protocols seriously👍!! And of course thank all of you out there for your love and best wishes!! Come pandemic, snow storms and now BUS FIRES you can't stop us no matter what life will hurl at us! See you at the next show✊!!!"