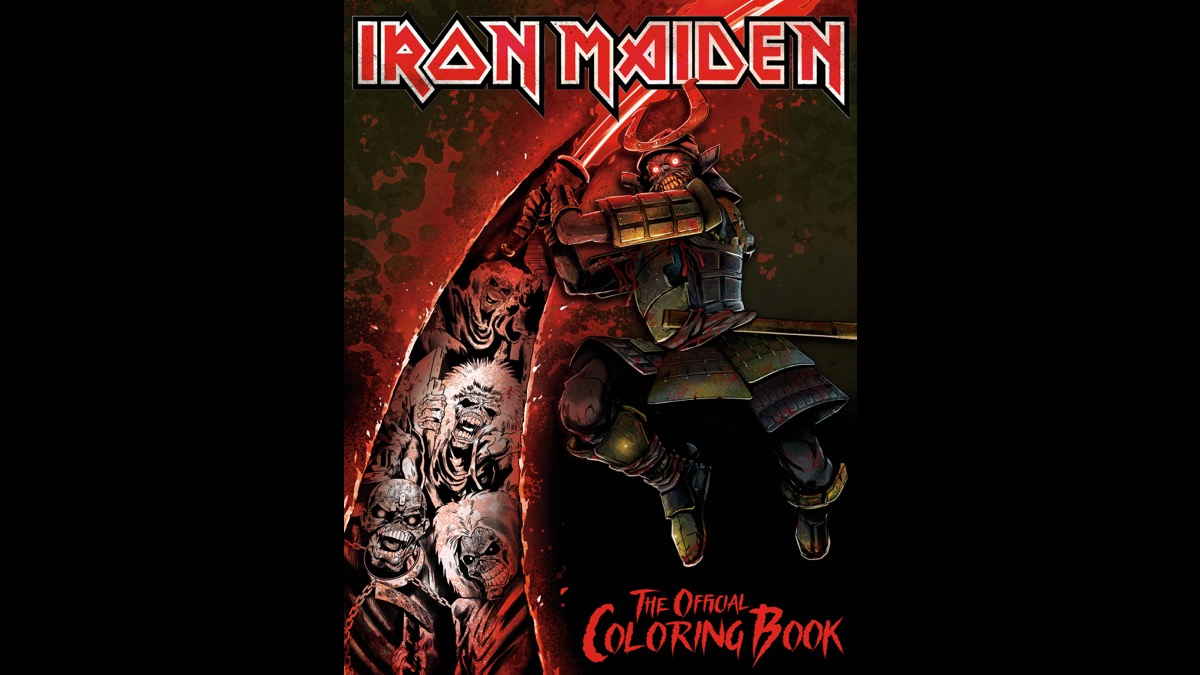 Fantoons have announced that they will be releasing Iron Maiden: The Official Coloring Book, on July 19th, which will also be available at the best bookstores nationwide and around the world.

Fans who purchase in advance exclusively at the Fantoons.shop will receive an Iron Maiden limited-edition decorative cereal box with their book. The pre-order is available here.

We were sent these details about the book: Iron Maiden: The Official Coloring Book is a mega-coloring book with 72 pages of spectacular art - a celebration of Iron Maiden from every possible angle drawn by the award-winning Fantoons Animation Studio.

This officially licensed Iron Maiden coloring book features spectacular illustrations all inspired by the band's thunderous discography, and of course, Eddie... the most iconic metal music mascot of all-time.

Created by artists of the award-winning animation studio (and huge fans of the band) Fantoons, this official Iron Maiden Coloring Book showcases artwork inspired by the band's exhilarating sound, gripping storytelling and humor. Choose your colors, crank the music LOUD and enjoy this unique coloring book from one of the greatest bands of all-time! A must-have for any Iron Maiden fan.

With over 2,000 live performances, 100 million record sales, millions of fans around the globe, and 17 monumental studio albums, Iron Maiden is rightfully heralded as one of the most significant rock bands in the world. Alongside their incredible riffs, Iron Maiden's vast catalog of music paints a collage of mesmerizing imagery and weaves unforgettable and haunting tales.