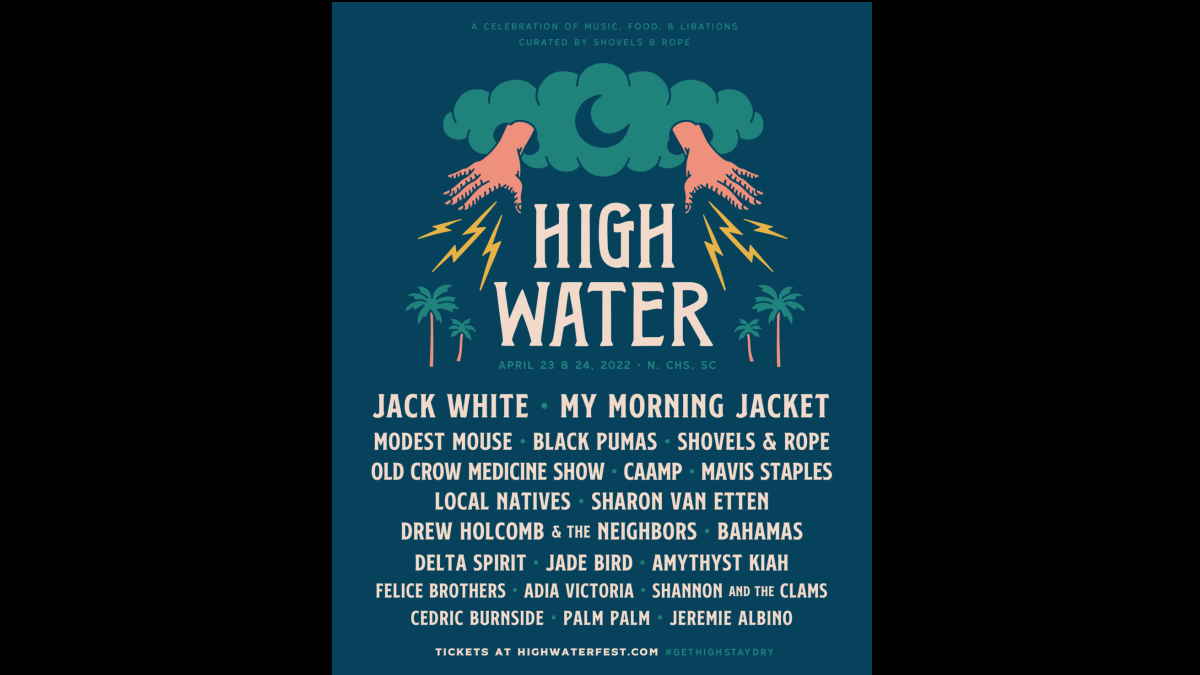 Jack White and My Morning Jacket have been named as the headliners for this year's High Water Festival that will be taking place at North Charleston's Riverfront Park on April 23-24, 2022.

With VIP and the Platinum program being sold out (waitlist available), a limited number of General Admission 2-Day Tickets and High Water's first-ever Weekender packages remain available for purchase here.