Jack White Proposes And Gets Married Onstage At Tour Kick Off 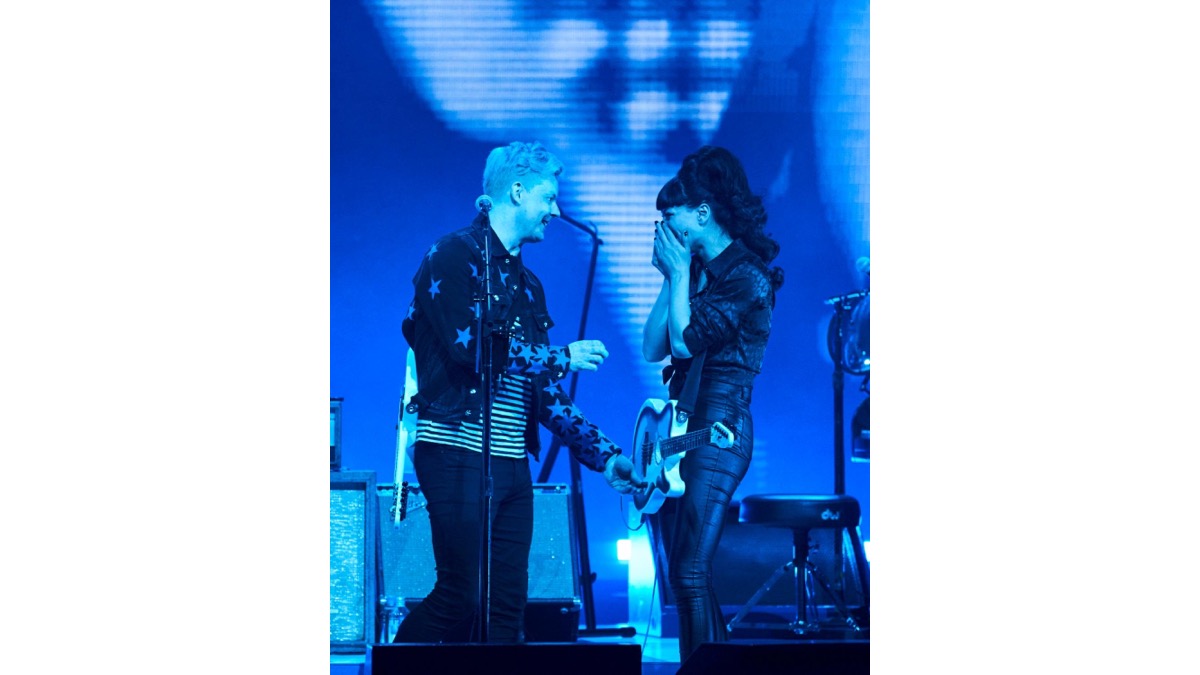 (hennemusic) Jack White proposed and got married to his girlfriend, singer Olivia Jean, on stage Friday in front of a sold-out crowd at Detroit's Masonic Temple on the first night of his Supply Chain Issues tour.

According to The Detroit News, White brought Jean out for a duet of the White Stripes' 2001 hit "Hotel Yorba" during the last song of the regular set before he introduced her to the crowd as his girlfriend. After telling Jean he had a question for her, the singer replied: "Yeah?"

"Will you marry me?" asked White, presenting her with a ring, and when she said yes he casually, perfectly rolled into the next line of the song: "Let's get married!" And then they did.

White - who earlier in the day released his new album "Fear Of The Dawn" and performed the US national anthem at the city's Comerica Park for the opening day game by Major League Baseball's Detroit Tigers - scooped his fiancée up in his arms and carried her off stage before returning after a short break to address the audience.

"Ladies and gentlemen," said White in newly-shared fan-filmed video from the event, "it's been such a beautiful day, I figured why don't we just do this right now and get married right now. Is that OK with everybody," he asked to thunderous applause.

A small group including White's bandmates, his mother, Teresa Gillis, and Jean's father, Brent Markel, gathered on stage, while the officiant quoted Prince's "Let's Go Crazy" ("Dearly beloved, we are gathered here today to get through this thing called life"). The nuptials were quick, the bride and groom kissed and White went on deliver a pair of encore songs before wrapping up a 15-song, 90-minute concert to launch his 2022 tour.

"God bless you Detroit," said White near the end of the show. "What a day!" Watch fan filmed footage here.