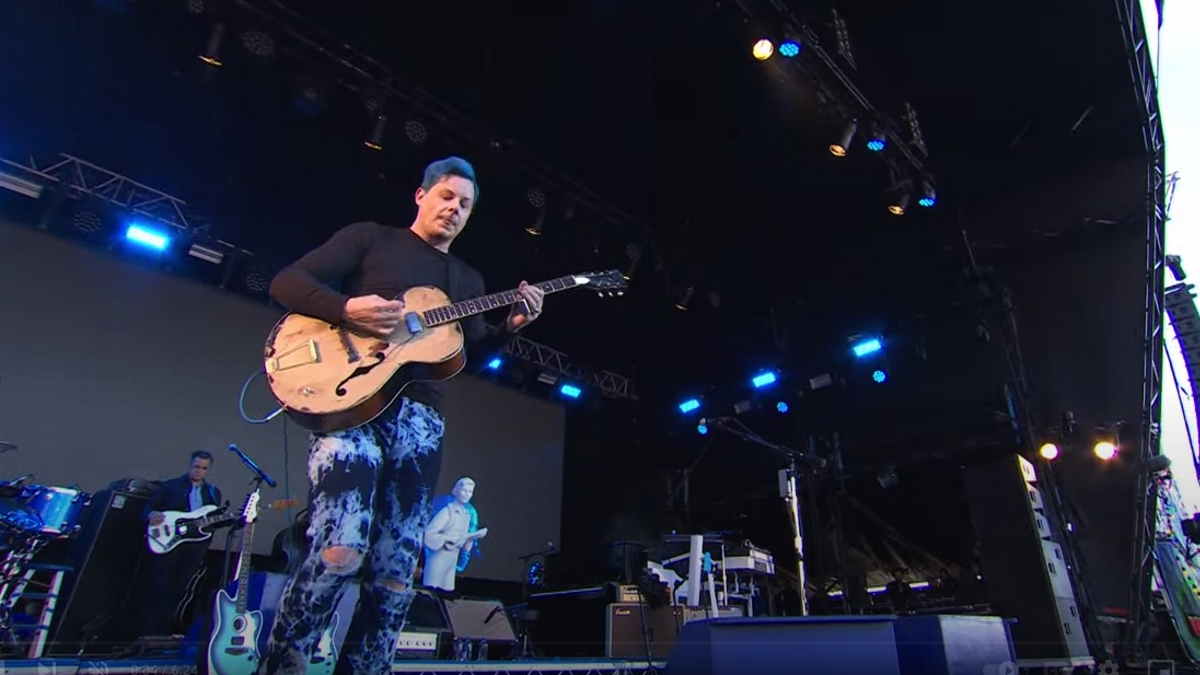 (hennemusic) Jack White rocked his White Stripes classic, "Seven Nation Army", to close out a June 26 performance at the UK's Glastonbury Festival, and the BBC is sharing video from the concert.

The Detroit rocker appeared on the final day of the event, where he delivered a 15-song set that mixed tracks by his former group and tunes by his side projects The Dead Weather and The Raconteurs, and material from his solo records, including 2022's "Fear Of The Dawn" and the upcoming "Entering Heaven Alive."

The BBC is also sharing video of "Ball And Biscuit" and "What's The Trick?" from the Glastonbury show, which was the first of White's month-long European tour and follows the spring North American leg of his 2022 series in support of two new studio albums.

"Fear Of The Dawn" debuted at No. 3 in the UK and at No. 4 on the Billboard 200 while topping nine different US album charts, including Top Current Album Sales, Vinyl Albums, Alternative Albums and Rock Albums, among others.

"Entering Heaven Alive" will be released on July 22. Watch video of the Glastonbury performances here.

hennemusic is an official news provider for antiMusic.com. Copyright hennemusic - Excerpted here with permission.
Related Stories
Jack White Proposed And Got Married Onstage At Tour Kick Off (2022 In Review)