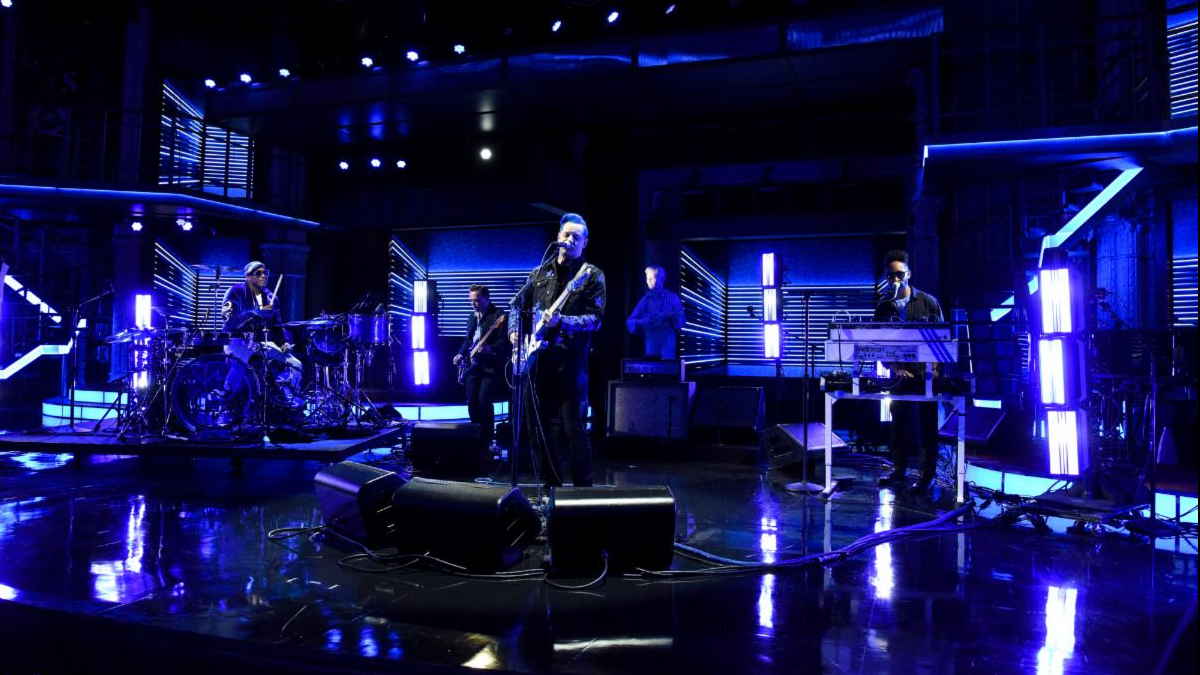 (hennemusic) Jack White performed his new single, "What's The Trick?", on the Wednesday, April 20 episode of CBS-TV's The Late Show with Stephen Colbert.

Prior to delivering the latest track from "Fear Of The Dawn" with his band, White sat down with the host to discuss a number of topics, including his recently-improvised marriage proposal and wedding onstage during a show in Detroit, MI on April 8; how he spent time doing non-music projects during the early days of the pandemic; and, some advice he received from Prince during the one and only time he crossed paths with the legendary musician.

White is on tour in support of his fourth album, with shows coming up this weekend in Virginia and South Carolina. "Fear Of The Dawn" has just debuted at No. 4 on the Billboard 200 while topping nine different US album charts, including Top Current Album Sales, Vinyl Albums, Alternative Albums and Rock Albums, among others.