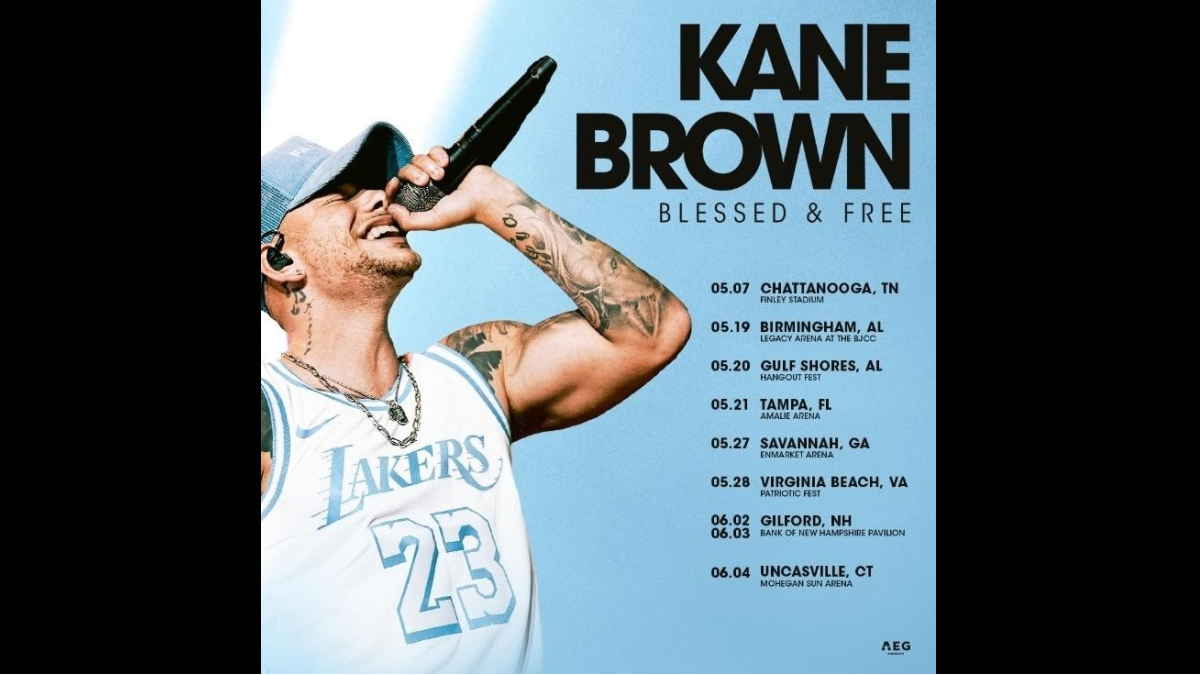 Kane Brown has announced that he has added a new spring 2022 leg to his Blessed & Free Tour that will include his very first stadium concert in his hometown of Chattanooga, TN.

That special show will be taking place on May 7th at Finley Stadium and will kick off the tour that will also include stops in Alabama, Florida, Georgia, New Hampshire, and Connecticut.

Walker Hayes and Raelynn have signed on as the support acts for most of the stops, with the exception of Chattanooga that will only feature Hayes, and Savannah, GA that will include Chase Rice instead of Hayes.

Brown will also be making appearances at the Hangout Fest in Gulf Shore, Al on May 20th and the Patriotic Fest in Virginia Beach, VA on May 28th. Fans will Amazon Prime can also for a limited time watch a replay of the Kane Brown Live from the El Rey Theatre livestream that took place Friday (Feb 4).

Chris Young and Kane Brown Take Their 'Famous Friends' To No. 1