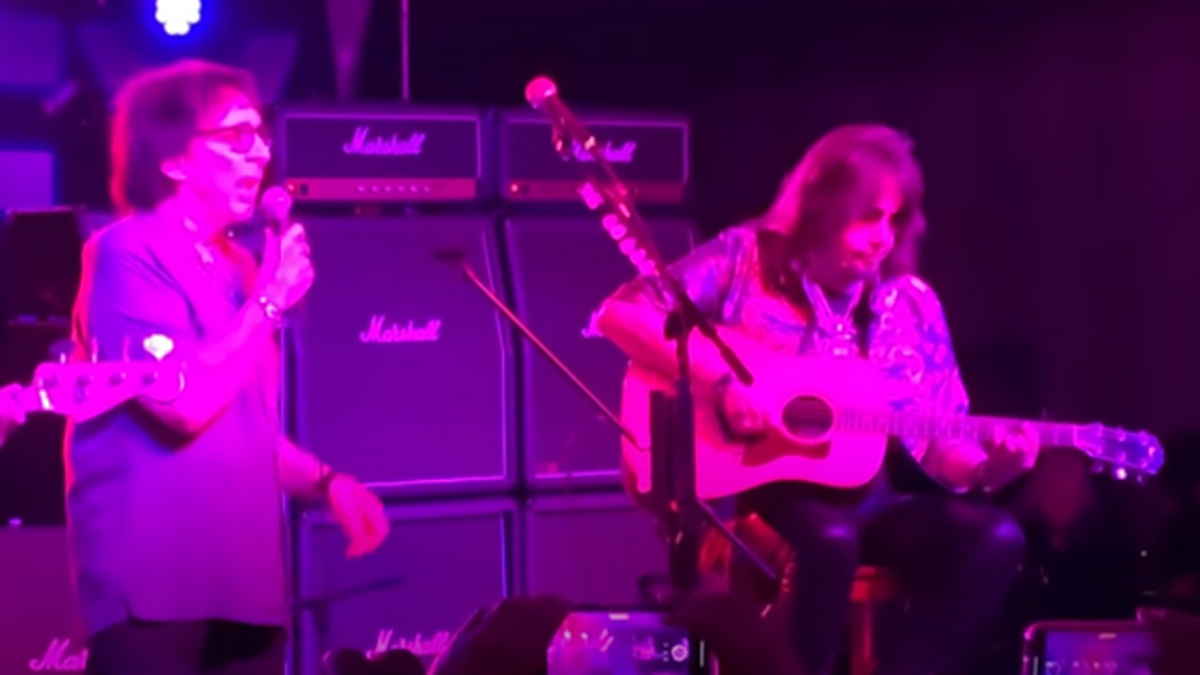 (hennemusic) Original KISS members Ace Frehley and Peter Criss reunited at Creatures Fest in Nashville, TN on May 27 to perform a pair of classic tracks from their former band, and video from the event has surfaced online.

After the first three songs of his set, Frehley welcomed Criss to the stage to handle lead vocals for the 1976 "Rock And Roll Over" hit, "Hard Luck Woman", and to sit in on drums and vocals for the group's 1974 "Hotter Than Hell" track, "Strange Ways.

The weekend festival also featured performances by, among others, KISS alumni Vinnie Vincent and Bruce Kulick, with Criss joining Kulick during his set and both guitarists joining Vincent during his appearance.

Gene Simmons recently reiterated his public invitation to Frehley to perform with KISS on the band's End Of The Road farewell tour. "The invitations still stand," tweeted Simmons in late April. "Jump up on stage with us for encores. The fans would love it."

Read more and watch video of the Frehley-Criss reunion here.