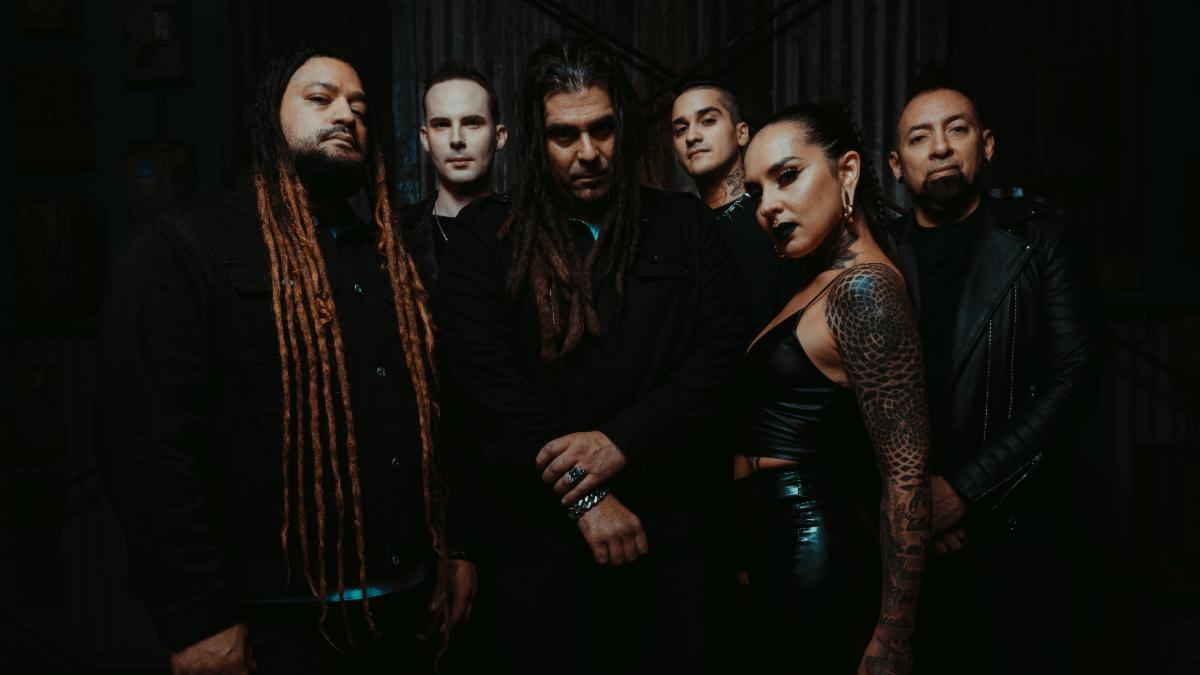 Former Ill Nino frontman Cristian Machado's new band Lions At The Gate have released a music video for their new track "Find My Way," which features a guest appearance from Tatiana Shmayluk of Jinjer.

Cristian had this to say about the new song, "With 'Find My Way', we tried to break all the formulaic rules on this one. Pushed the boundaries, took it to extremes.

"In the end, we realized how rewarding it was fitting intensely contrasting musical elements into one track. And it is a killer heavy track that also offers a beautifully haunting melody.

"From the onset it seemed perfect for Tatiana's voice, the fact that she wound up on the track is mind-blowing. Her voice is absolutely stunning and it is a huge honor having her on.

Lyrically the song walks the line between fear, surrender, and the will to overcome. At the time of writing the album, I felt pinned by so many things gone wrong in my life.

"I remember I just held on to hope and faith long enough till I found a place of safe surrender. A place where I could slowly lift the weight off, finally be untethered. It's a familiar theme that resonates throughout the whole album, the will to overcome, the power to see the beauty in a world that is unforgiving." Watch the video below:

Lions At The Gate Premiere 'Bed Of Nails' Video

News > Lions At The Gate