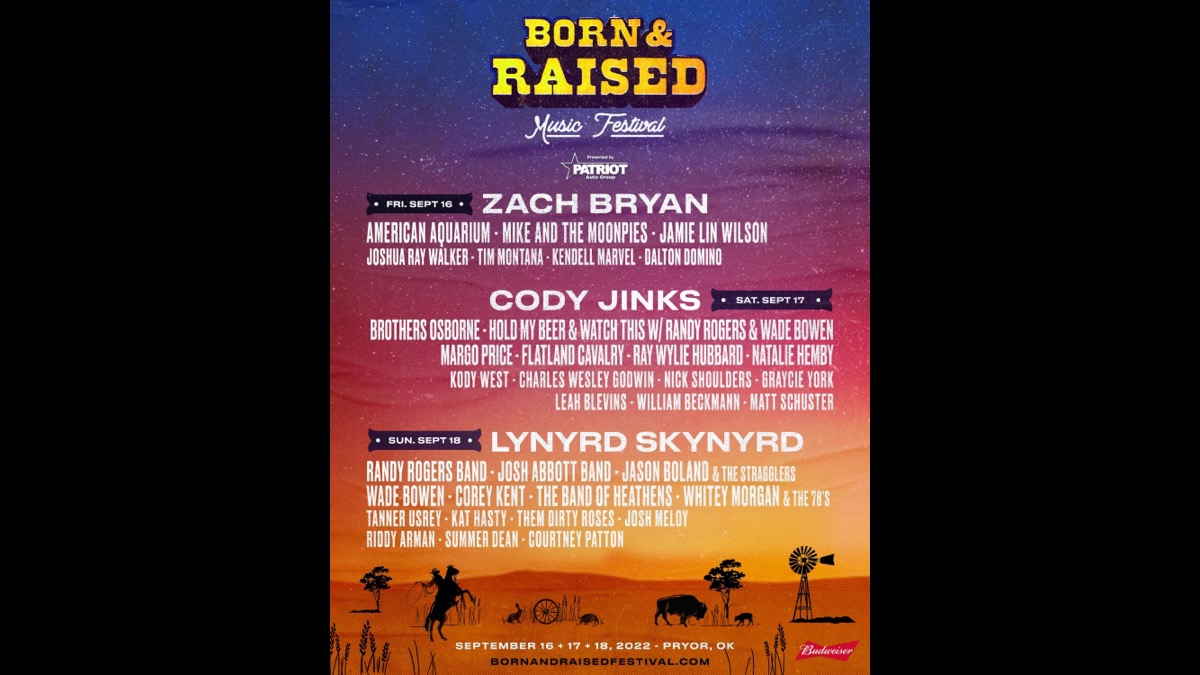 Lynyrd Skynyrd, Cody Jinks and Zach Bryan have been announced as the headliners for the second annual Born & Raised Music Festival that will be taking place this fall.

Bryan will head the lineup for The Friday Night Honky Tonk, with outlaw country star headlining Saturday and southern rock legends Lynyrd Skynyrd will top the bill for the final night.

"The reaction from fans in year one of Born & Raised was overwhelmingly reassuring that the festival we put together was a success," shares Festival Producer Mike DuCharme of AEG Presents. "We couldn't wait to get going on 2022 and get this year's lineup out to the public. We hope people sing along with some of their favorite bands plus discover some new ones to add to their daily playlists."

"I can't wait to come back, and I'm gonna play as many damn songs as they let me," exclaims Cody Jinks.