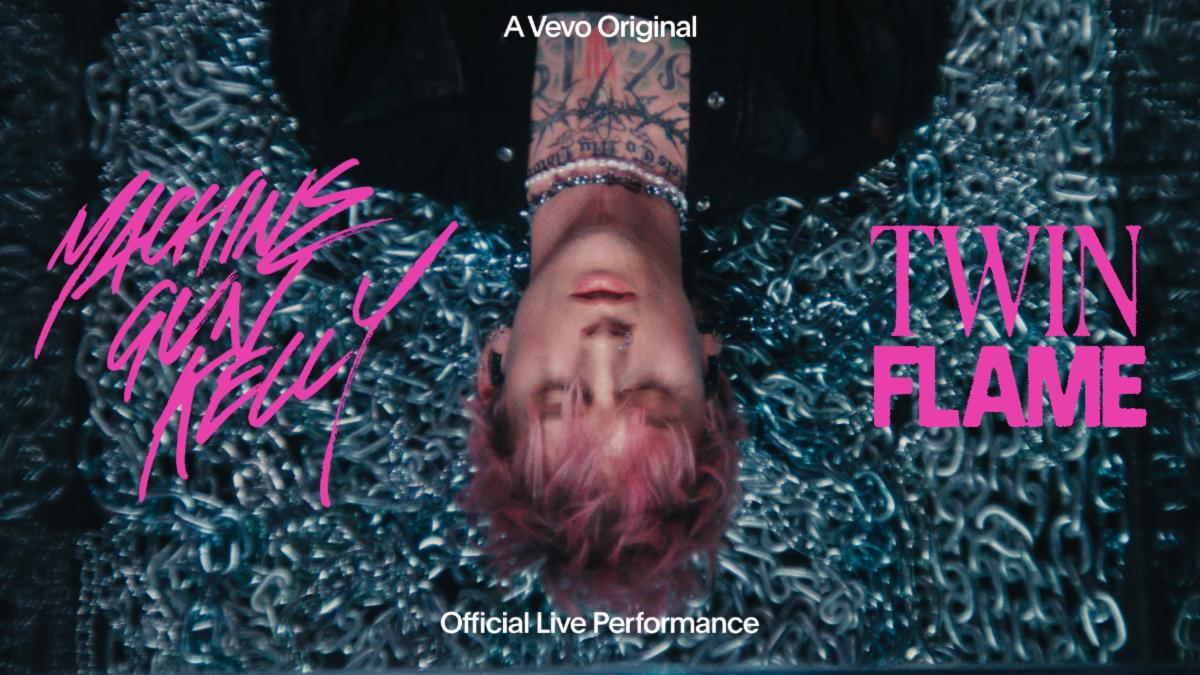 Big Hassle sent over these details: "twin flame" follows last weeks performance of "more than life" featuring glaive. Official Live Performances are the flagship original content for Vevo, working with the biggest names in music - they are the result of close creative collaboration with artists and their teams, resulting in a series of very special exclusive performances.

Specifically tailored creatives meant to fit the vision of each individual artist chosen, these performances connect artists with their global audience of fans adding to their visual library.

"Our team had a great time working on such an exciting creative with Machine Gun Kelly," says JP Evangelista, Vevo's SVP of Content, Programming & Marketing, "His enthusiasm at every stage of production was truly infectious - it was a true pleasure to work with such an involved artist. MGK's energy was next level and we are all really pleased with the finished videos. "

An electric live performer who is currently headlining his "mainstream sellout" tour across the US, Machine Gun Kelly closely collaborated with Vevo's team to create a completely bespoke set that balances rock and roll and high fashion. "twin flame" begins with Machine Gun Kelly lying in a glass box, surrounded by chains, the room bathed in a pink hue. He slowly emerges from his captivity and makes his way to a platform set above a rolling fog. Guitar in hand, he shreds with his band between flashes of neon strobes as he concludes his ferocious performance.