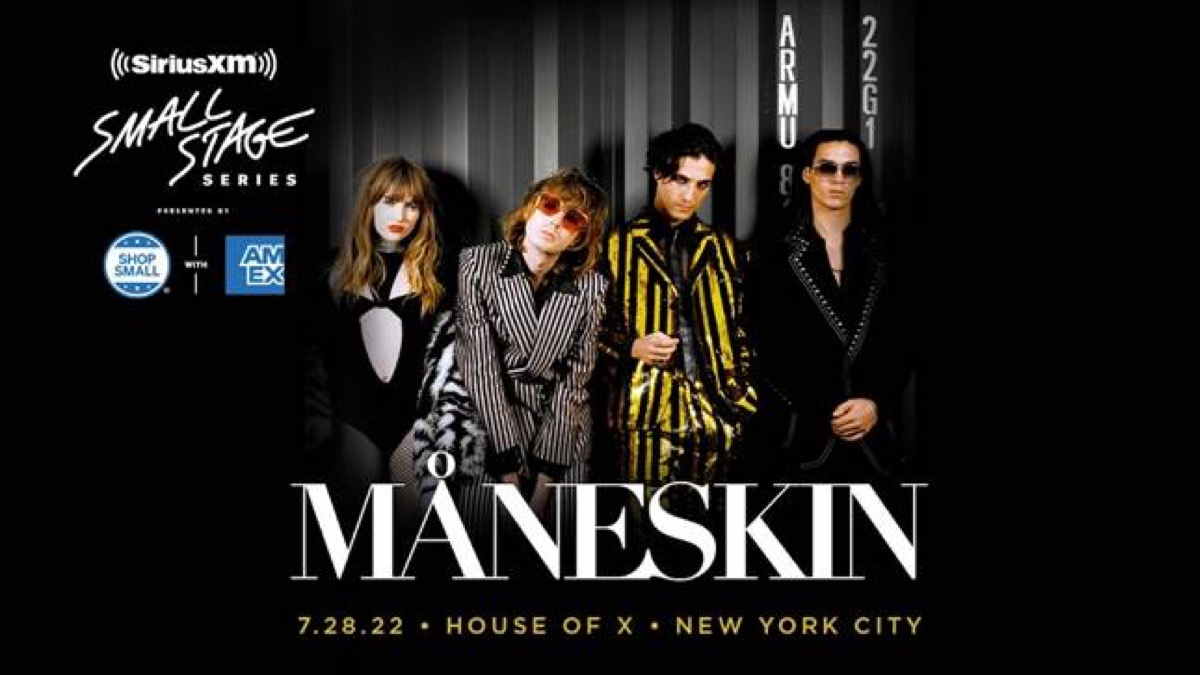 (SiriusXM) Maneskin will play a special invitation-only concert as part of SiriusXM's Small Stage Series. The intimate performance for SiriusXM subscribers will take place at The House of X on Thursday, July 28th.

Maneskin's Small Stage Series concert will premiere exclusively on the SXM App on Monday, August 1 and can be heard in its entirety on SiriusXM's Alt Nation (ch. 36) on Friday, August 5 at 5:00 pm ET.

Additionally, select songs from the show will air across multiple SiriusXM music channels including SiriusXM Hits 1, The Pulse, Pop Rocks and Pandora NOW.

SiriusXM subscribers and fans will have opportunities to attend this private performance. SiriusXM subscribers as of June 23rd can enter for a chance to win by going to siriusxm.com/ManeskinNYC. See Official Rules for details. Fans can follow @altnation and look for details on how to win tickets. No Purchase Necessary. Void where prohibited. U.S. only; 21 years of age or older.

Maneskin Take 'Supermodel' To No. 1