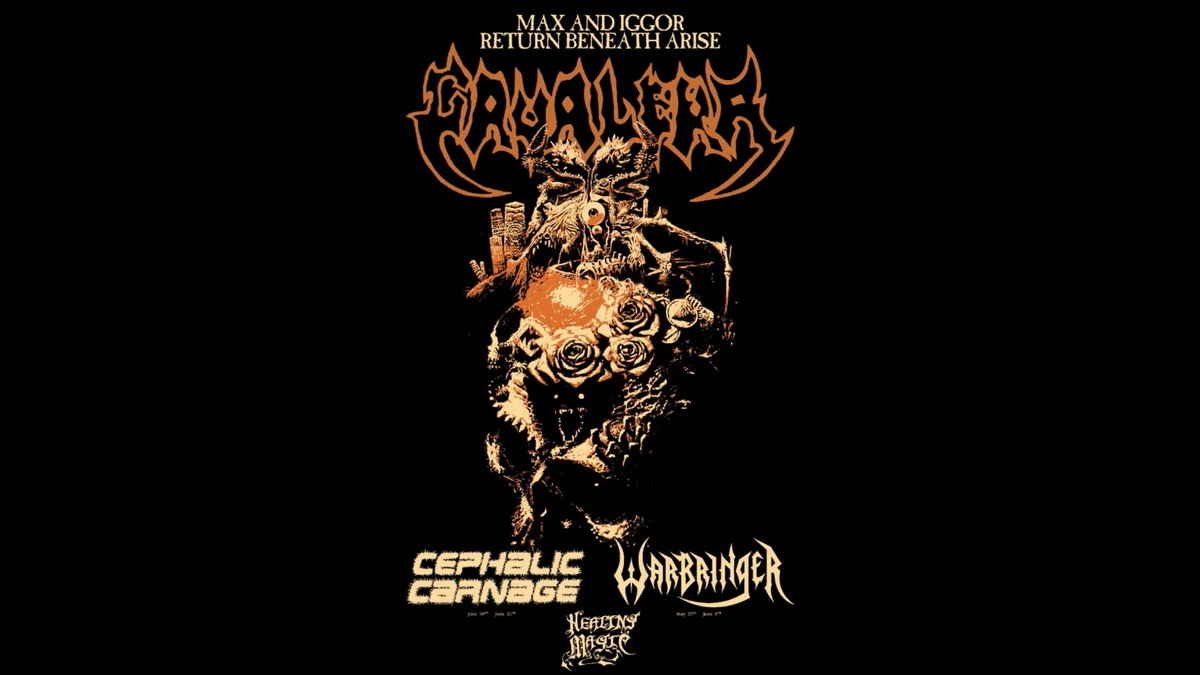 Max & Iggor Cavalera have announced the rotation of bands that will be supporting them on their forthcoming Return Beneath Arise Tour that launches later this month.

Destruction will be direct support for May 22, Warbringer (May 23 to June 8) & Cephalic Carnage (June 10 to June 25), Max's son Igor Cavalera's band Healing Magic will open all dates.

The Cavaleras will perform a hybrid setlist exclusively of cuts from the two iconic Sepultura albums "Beneath the Remains" and "Arise". Max had this to say, "After Covid-19 us Metal Heads need to release our aggression with some Beneath The Remains and Arise!"

Iggor added "Can't wait to perform our Return Beneath Arise Tour for our North American fans. See you in the Pit!!!"