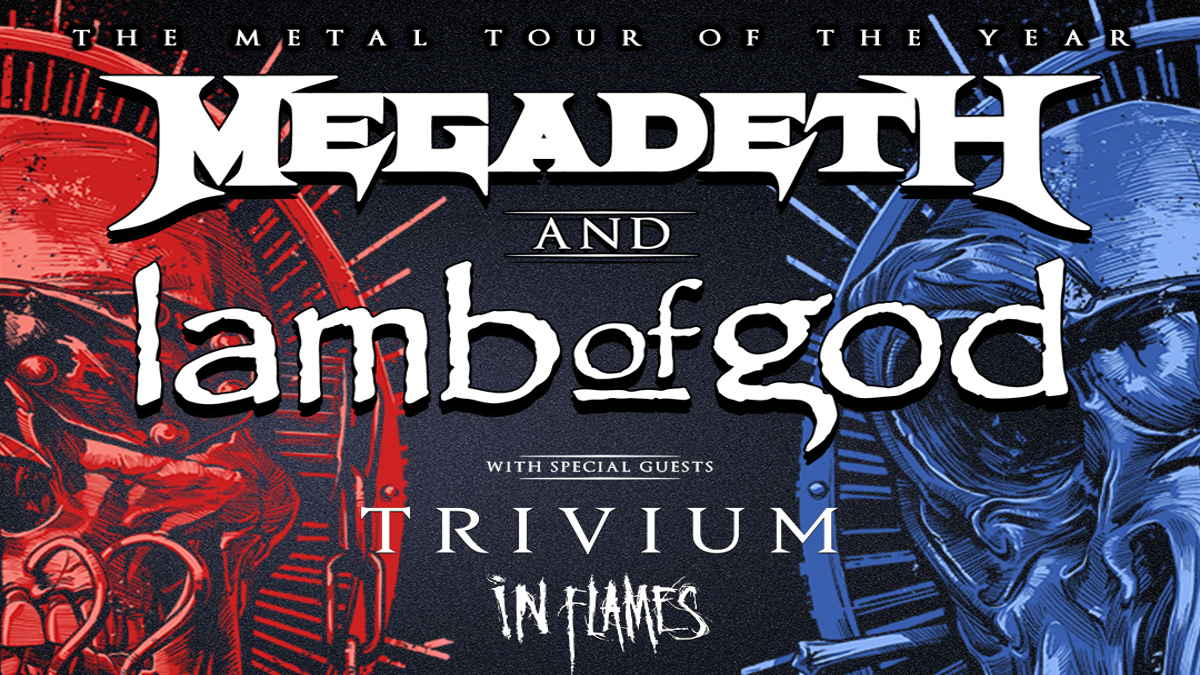 (hennemusic) Megadeth and Lamb Of God have announced the rescheduled Canadian concert dates for the upcoming second leg of their Metal Tour Of The Year.

The band will perform in Laval, Toronto and Quebec City in mid-May as the final three shows in the spring series, which will begin in Las Vegas, NV on April 9 with special guest Trivium and In Flames; the three Canadian events were not included in last month's news about the 2022 trek.

Tickets and VIP Packages are on sale now and previously purchased tickets from the original dates remain valid. "'The Metal Tour of The Year' is exactly what it sounds like - a night of some of the best heavy metal bands in the world - live and loud," says Dave Mustaine. "Anyone who came to a show last year knows what I mean, only this one's going be even better. Do not miss out."

The tour will be part of Live Nation's Live Stubs initiative which provides digital, collectible NFT ticket stubs to ticket holders. Reimagining ticket stubs as digital collectible NFTs, Live Nation's Live Stubs will mirror the unique section, row, and seat of each ticket purchased, allowing fans to collect ticket stubs once again - this time with more capabilities. Live Stubs will automatically be included with tickets on select Live Nation shows in North America. Fans will be able to view, share, gift, trade, and resell their live stubs on Livenation.com. These are collector items and will not replace the digital tickets needed to physically enter the show. See the rescheduled dates here.

Megadeth Chronicle Vic Rattlehead With 'We'll Be Back' Short Film