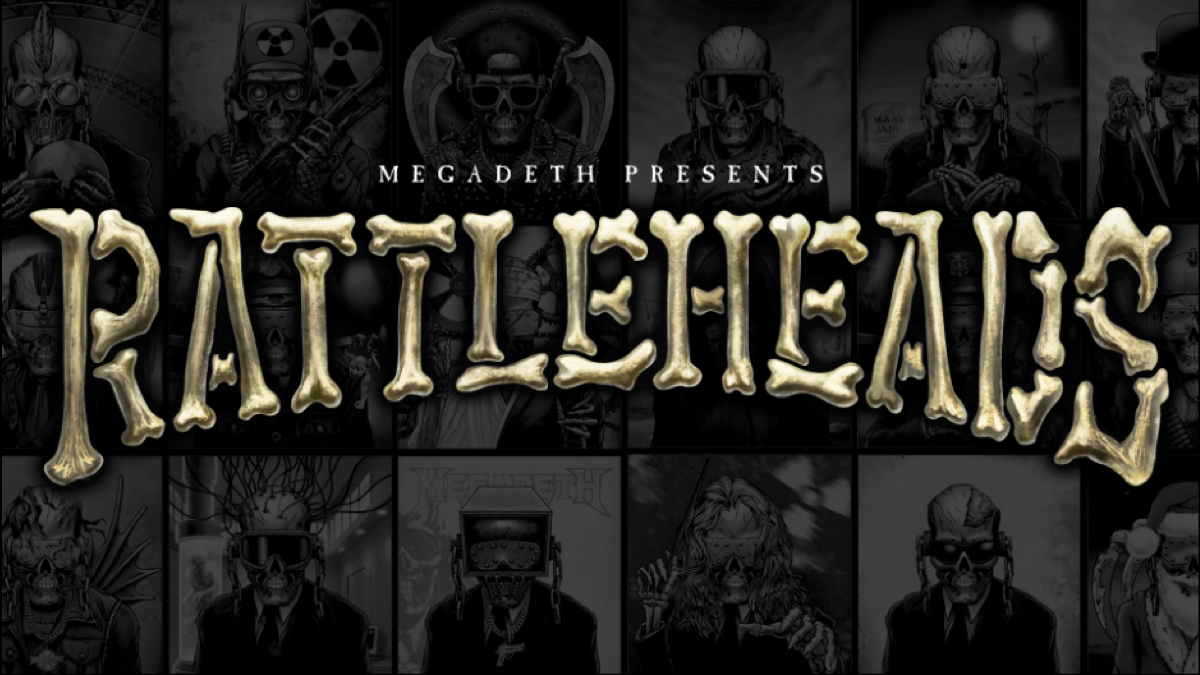 (Rephlektor) Megadeth have announced that they will be launching "Rattleheads a generative NFT art collection pulling from nearly 40 years of iconic themes and imagery.

The collection is based off of Megadeth's skeletal mascot Vic Rattlehead, an otherworldly being born in a dungeon of torment and pain. With eyes covered by a riveted-on visor, his mouth clamped shut, and ears closed with metal caps, Vic embodies the phrase "See no evil, hear no evil, speak no evil".

Produced by Five to One Collective in partnership with Upper Echelon Studios, the collection is inspired by Megadeth's long-standing Cyber Army fan club and features militaristic "mission deployment mechanics" alongside vast additional utility to be revealed in upcoming transmissions.

Dave Mustaine had this to say, "As long as Megadeth has been a band, I've ensured that we were leading the charge. Our ﬁrst album set the standard for thrash metal. We were the ﬁrst band to have a website. Our fan club Cyber Army was started in 1994. Our 2016 album Dystopia came with a full Virtual Reality experience. And now with the rise of web3 technology and its ability to directly connect us with our fans - this moment is perfect for Megadeth. It allows the ultimate connection with our community and with none other than the almighty Vic Rattlehead as our standard-bearer."

More info is to be released weekly.