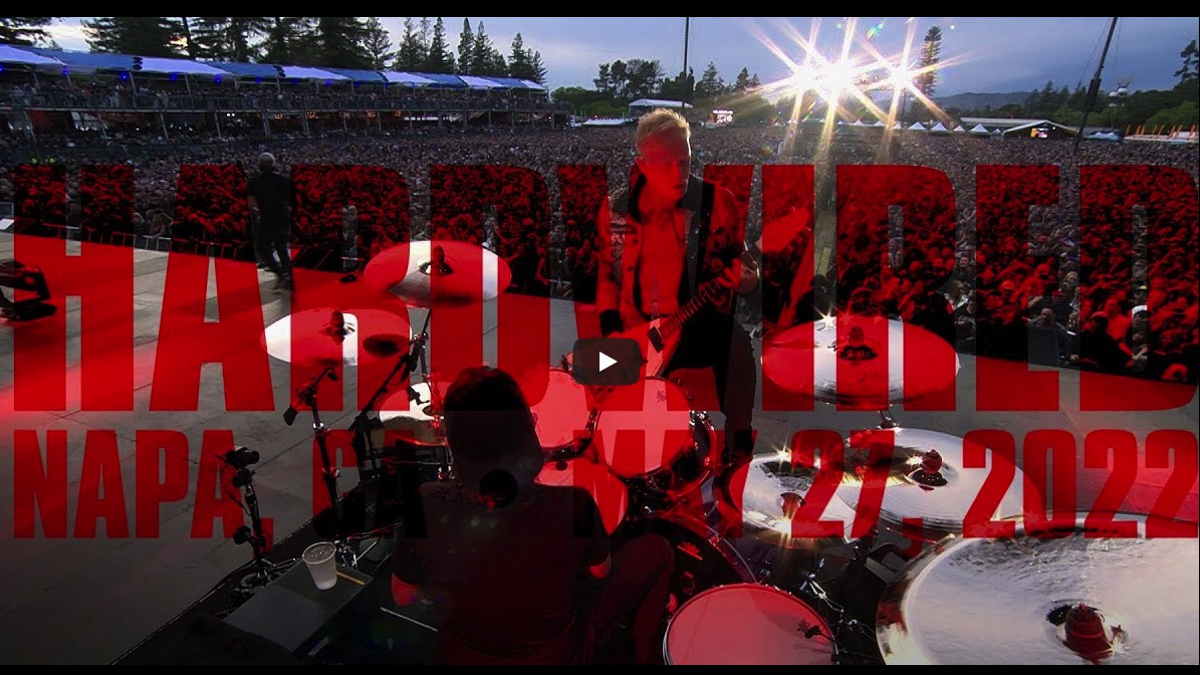 (hennemusic) Metallica performed their 2016 track, "Hardwired", at the Bottlerock Napa Valley festival in Napa, CA on May 27, and the band are sharing footage from the event.

The band opened the US festival appearance with the song after delivering its 2022 debut during a May 12 concert in Belo Horizonte, Brazil, which also served as the final date of a South American tour.

"Hardwired" was the lead single from Metallica's tenth studio album, "Hardwired... to Self-Destruct"; produced by Greg Fidelman, James Hetfield and Lars Ulrich, the project earned the group a place in US chart history when it became only the second time that any band of any genre would have six consecutive albums debut at number one on the Billboard 200 (after it was first achieved by the Dave Matthews Band).

Following their headline set at Bottlerock Napa Valley, Metallica performed at the Boston Calling festival on May 29 and will begin a series of summer shows across Europe at Copenhell in Copenhagen, Denmark on June 15.