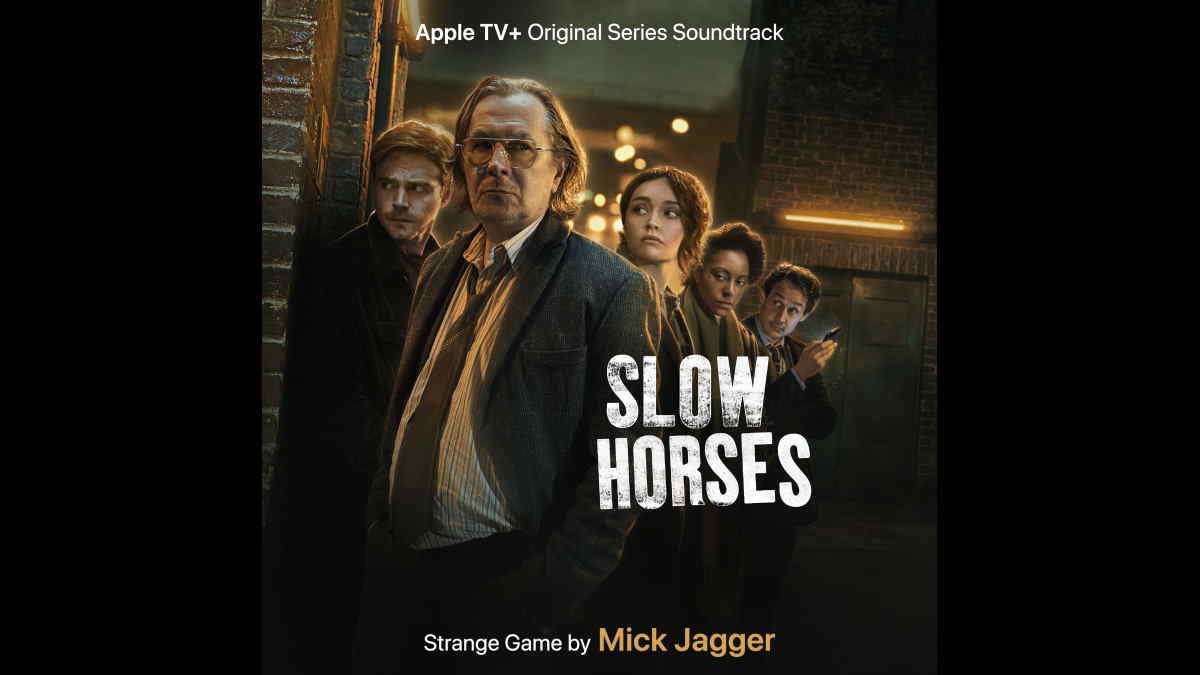 Based on a series of acclaimed books by Mick Herron and starring Academy-Award winner Gary Oldman, "Slow Horses" follows a team of British intelligence agents who serve in a dumping ground department of MI5 - Slough House on the outskirts of London. Oldman stars as Jackson Lamb, the brilliant but irascible leader of the spies who end up in Slough House due to their career ending mistakes. The six-part series also stars Kristen Scott Thomas, Jonathan Pryce, Olivia Cook and Jack Lowden.

The atmospheric and infectious title track Strange Game captures the series' dark and mischievous premise, and the surreal world of espionage and exclusion the main characters find themselves in. Underpinned by Jagger's powerful and eery vocals, the poignant, moodily strutting theme tune, which references elements of the show's original score, encompasses both contemporary off-kilter sound design and delicate piano arrangements, highlighting the narrative of yearning for the days to "dance with the big boys again". Jagger and Pemberton have created a title theme that not only feels instantly iconic but one that also cleverly references many aspects of the show's multiple storylines.

Daniel Pemberton: "Working with Mick Jagger has been one of the most exciting collaborations of my professional career. I think we have managed to create an incredibly unique and original titles theme and I cannot wait for the rest of the world to hear it."

Series director James Hawes adds: "We always wanted a song to set the tone for the show and there was only ever one name in my mind - Mick Jagger. Hearing the track for the first time was utterly thrilling. Mick's lyrics and performance have totally nailed the mood of Slow Horses, with all the humor and swagger I dreamed of."

Track producer and co-writer Daniel Pemberton, who was nominated for an Oscar in 2021 for his work with the singer Celeste on the song Hear My Voice and recently nominated for a BAFTA for his score to "Being The Ricardos", is best known for his work as a film composer, where his credits include "Spider-Man: Into The Spider-Verse", "The Trial Of The Chicago 7" "Oceans 8" and "Yesterday". He is also responsible for creating the original score and soundtrack of "Slow Horses" to be released soon via Universal Music. The sync of the series' title track Strange Game was secured by BMG.