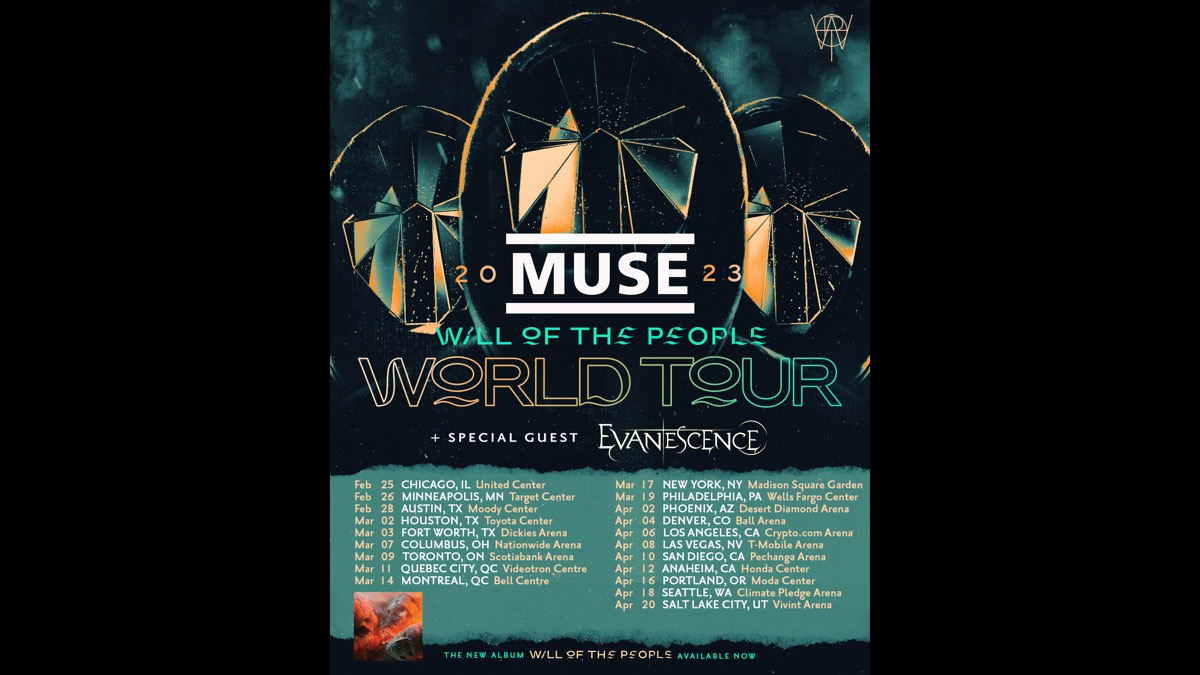 Muse have announced that they will be hitting the road next spring for the North American leg of their Will Of The People Tour that will feature special guest Evanescence.

They are launching the arena trek to promote their ninth studio album "Will Of The People" and will be kicking things off on February 25th, 2023 in Chicago, IL at the United Center.

The tour will run until April 20tg, 2023 where it will wrap up in Salt Lake City, UT at the Vivint Arena. Tickets for Muse presale begin Tuesday, October 4 at 10am local. Fans can register now at www.willofthepeopletour.com. General tickets go on sale Friday, October 7th at 10AM local time . See the dates below:

Muse Will Of The People 2023 North American Tour