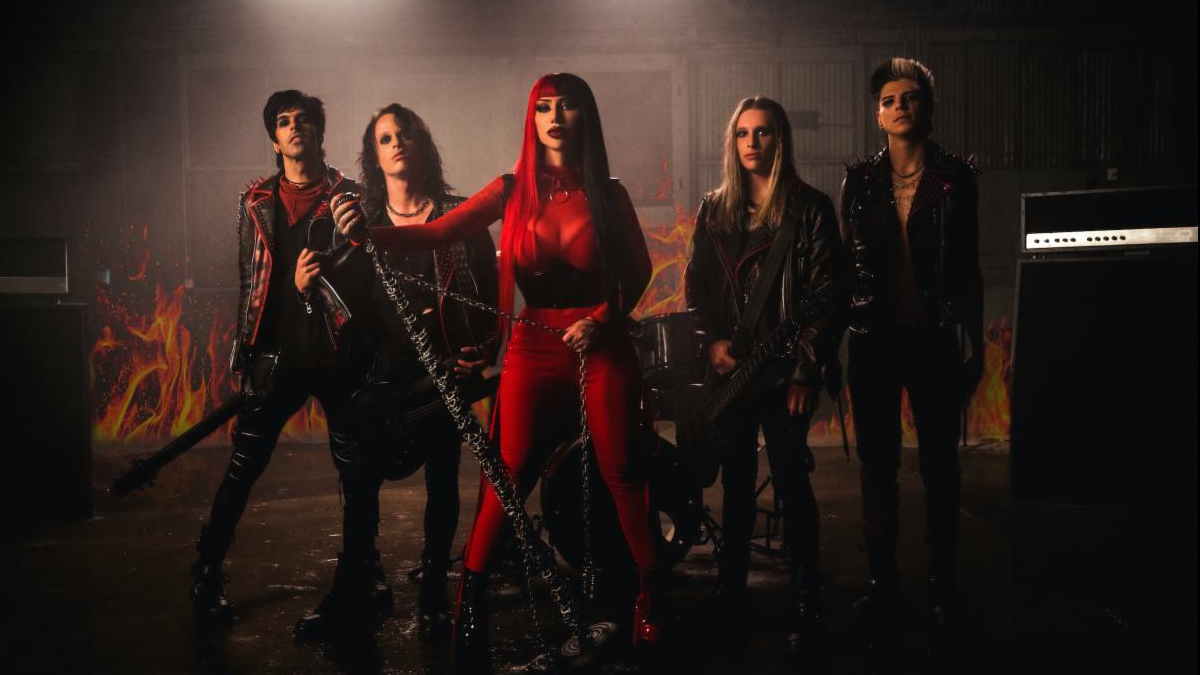 (The Orchard) New Years Day releases their new single and music video for "Hurts Like Hell". The music video was directed by Robyn August (Snoop Dogg, Pitbull, Nothing More).

"'Hurts Like Hell' might seem like a song about a relationship on the surface; in a way, it is, I suppose," states New Years Day singer Ash Costello. "As I struggled to navigate how to continue to pursue my passion during the pandemic, I realized that chaos is where I thrive. I will stare down any obstacle, even if I look like a crazy person to subject myself to it. Eleanor Roosevelt said, 'We all know people who are so afraid of pain that they shut themselves up [...] and shrink until life is a mere living death.' Turning pain into progress and tragedy into triumph is a particularly satisfying victory. As the saying goes: 'nothing worth having comes easy.' That is what 'Hurts Like Hell' means to me. The song is an acceptance and celebration of my relationship with chaos."

New Years Day have also just announced their Fall headline tour today. The band will be on tour starting October 8thin Palmdale, CA and wrapping on October 23rd for the headline run.

General admission tickets go on-sale starting August 19th at 10 AM local time. Before the headline run, the band will hit the road for Halestorm's Fall 2022 headline tour, on top of festival appearances at Louder Than Life and Aftershock.

New Years Day Go Tarantino For 'Come For Me' Video