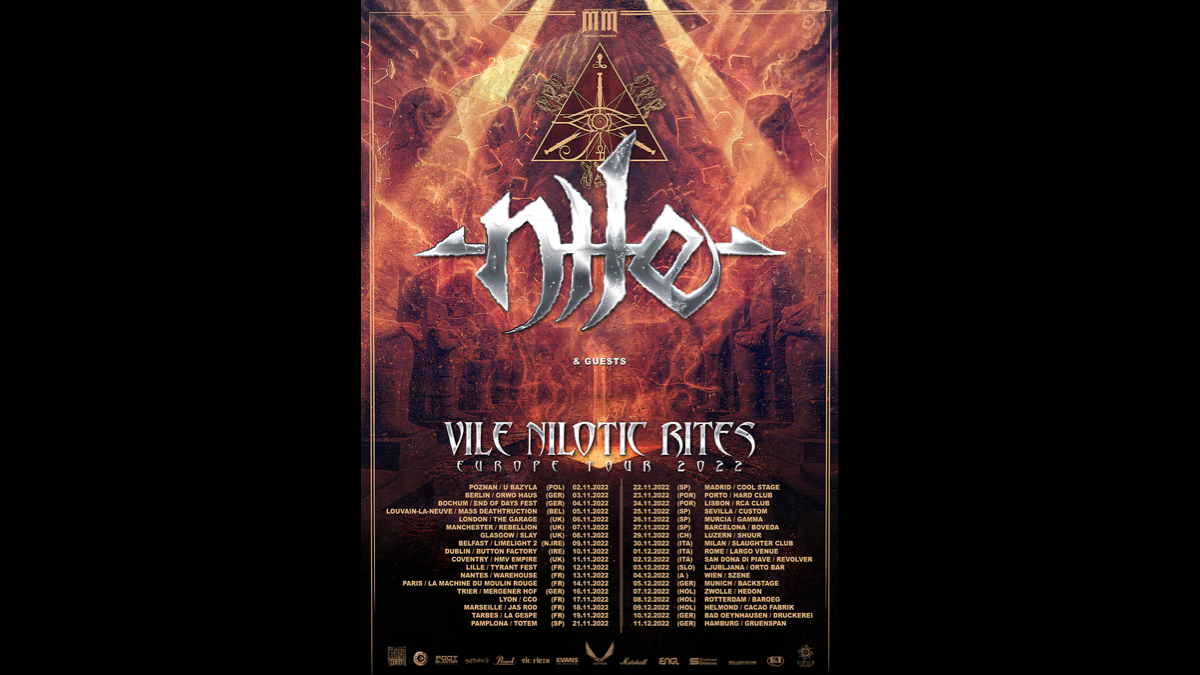 Nile have announced that they have parted ways with bassist and vocalist Brad Parris and they have put out a public call to find his replacement.

The band had this to say, "It's time for us to share with our fans and the metal community that Brad Parris is leaving Nile this year. This is something that we have known about and have been working together with Brad through the transition.

"Brad has been an exemplary band member of Nile since 2015, conducting himself at all times with professionalism and integrity. He is parting under the absolute best of terms to focus on other projects and family concerns.

"Our friendship and brotherhood remain as strong as ever, and we wish him only the best as he continues his musical journey in life. Nile's touring and recording commitments remain in effect.

"It is natural for a band that's been going strong for 25+ years to have changes and we promise our fans to stay as true and brutal as ever! At this time we have a few strong candidates for bass/vocals, however any persons interested in auditioning should email nilebassistaudition@gmail.com."

Willie Nile Shares 'Off My Medications'

I Am To Join Nile's Age Of Vile Divinities Tour